Context is everything: facts or opinions rarely stand strong by themselves. Take, for example, F&O columnist Jonathan Manthorpe’s column in May, about Vancouver real estate and corrupt money from mainland China. The Vacuously Vain column went “viral,” boosted by mentions from the Economist to academic urban planning journals to online media in Oz. It’s our best-read story since we launched in 2013; it helped that Manthorpe left the column outside our paywall,* because we’ve found that very few people will pay even a dollar to pass our paywall and support our journalism. But the reason this piece hit a nerve was because Manthorpe provides not sound bites or junk media calories, but authoritative, informed and global context to issues from unaffordable housing to national and international intrigues. His loyal weekly readers are well informed.

At its best, that’s what thoughtful, smart and educated  journalism does: it puts the stuff we care about or need to know in context; it helps us understand our worlds. 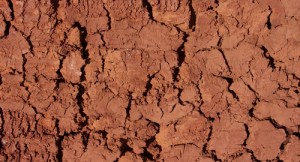 Strong opinion backed by great journalism also gives substance to our debates. For example, drouth is everywhere now changing lives, landscapes and economies. Chris Wood, author of Dry Spring (2008, Raincoast Books), long ago warned of this. In his F&O Natural Security column in early 2014 he proposed — controversially — a market solution to water hogs. (Subscription or $1 day pass required.*) Wood called water and nature “key cogs in the market machine. To induce the many, varied and locally specific changes required to secure safe water in all the places lacking it now—from Sacramento to Sudan—no mechanism is as effective and dynamic as money profit. If that means putting a price on some water and on ‘nature,’ get over it.”

This week, other than publishing Issei Kato’s photo essay marking the Atomic Age at 70,  Shadows of Hiroshima and Nagasaki (unlocked*), F&O has taken our first annual summer break. We will return to our Bead Shop on Monday. Meantime, may we  recommend these pieces from our archive, from the light to the weighty, sublime to ridiculous, as worthy of your attention?

And for the kind of great writing and long reads that were cherished in the pre-Internet  age (the kind of work that drew me into journalism), set aside some real time for “Hiroshima,” John Hersey’s landmark 1946 report on the bombing and its aftermath, available for the first time in the New Yorker this week.

*Independent, non-partisan and employee-owned, F&O is funded entirely by readers. We do not sell your attention span to advertisers, or accept branded or sponsored “content.” We can do this because some of our work is behind a paywall, available with a $1 site day pass or modestly-priced subscription. Thank you for your interest and support.