MUHAMMAD ALI: the final goodbye to “The Greatest” 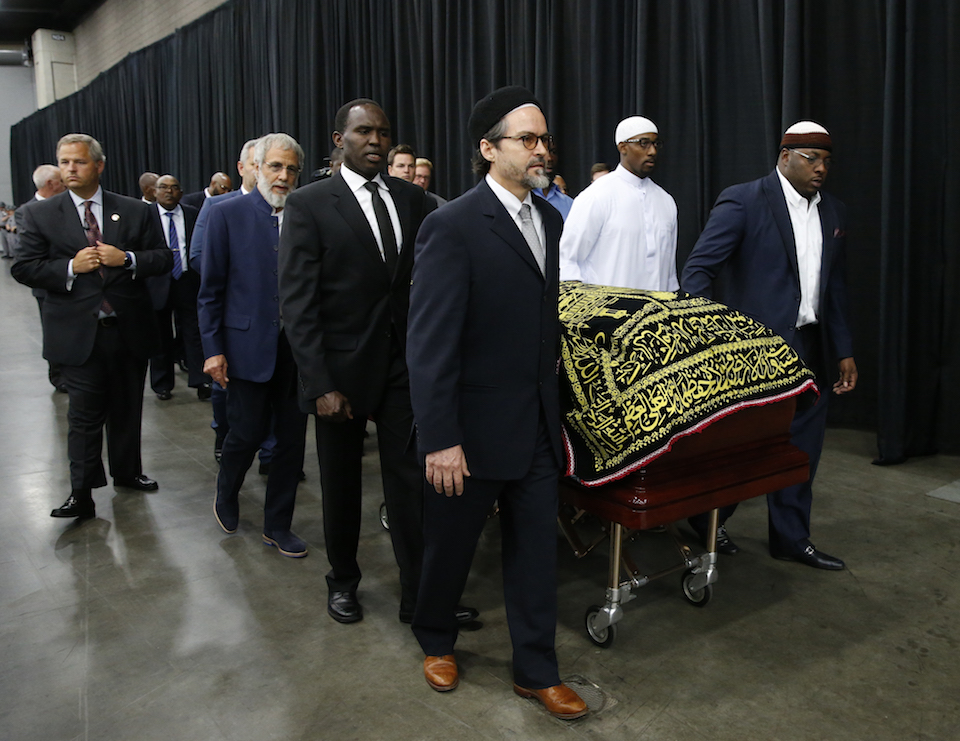 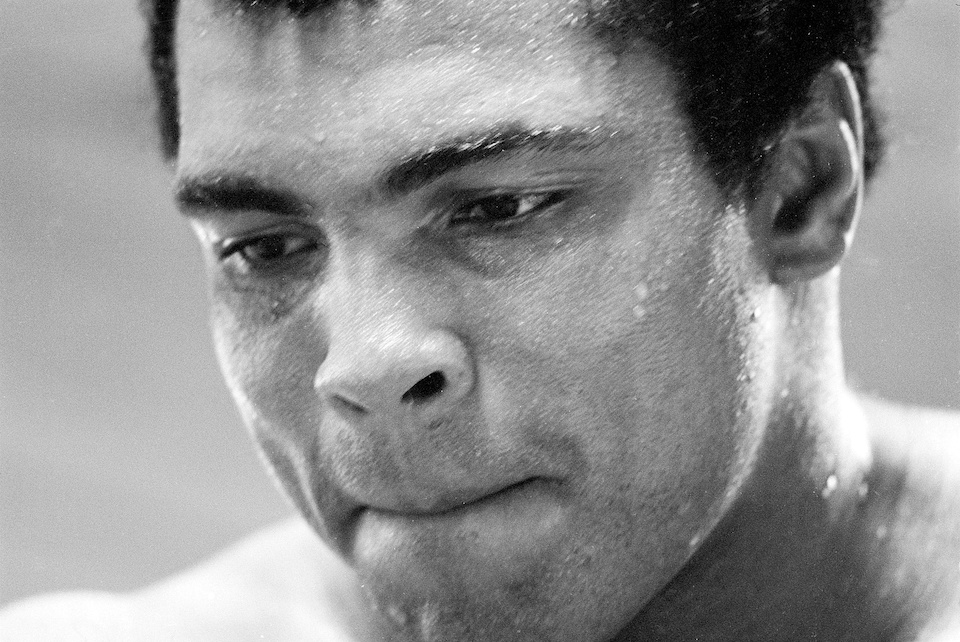 Muhammad Ali trains at his retreat in Owigsburg, Pennsylvania, August 27, 1974 for his fight against George Foreman in Zaire. Action Images / MSI/File Photo

LOUISVILLE, Ky. (Reuters) – Fans chanting “Ali!” and throwing flowers lined the streets of Muhammad Ali’s hometown in Kentucky on June 10 for a funeral procession to celebrate the boxing champion who jolted America with his showmanship and won worldwide admiration as a man of principle.

Ali, a once-controversial convert to Islam who lost three years of his boxing career for refusing U.S. military service during the Vietnam War, died a week ago at age 74 as one of the most respected men in the United States.

Mourners travelled from across the United States and overseas to the city of Louisville to pay tribute to Ali. Many tossed flowers atop the hearse carrying his casket as part of an 18-car procession over 23 miles (37 km) in a farewell unlike any other in recent U.S. history.

Thousands gathered in the streets and large crowds amassed at landmarks along the route such as his boyhood home in a traditionally African-American section of town and the Muhammad Ali Center, a museum in the city centre.

The procession was to end at a cemetery for a private burial beneath a headstone reading simply, “Ali.” 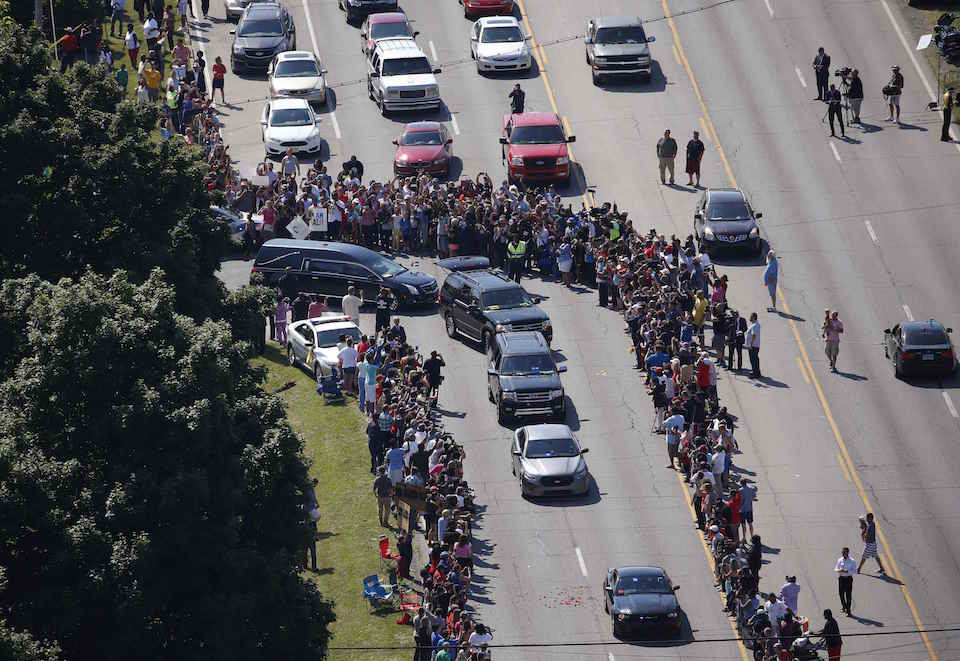 The hearse carrying the remains of Muhammad Ali leaves the A D Porter & Sons funeral home during the funeral procession for the three-time heavyweight boxing champion in Louisville, Kentucky, U.S., June 10, 2016. REUTERS/Adrees Latif

“It was important for me to be here,” said Matt Alexander, 63, who travelled from Florida. “I cried like a baby when I heard he’d died. I just didn’t want to believe it because I wanted him to live forever.”

After the procession, thousands of people were expected to fill a sports arena for a memorial featuring eulogies by former U.S. President Bill Clinton and comedian Billy Crystal. Police said crowding along the procession route would delay the start of the memorial service, possibly by an hour to 3 p.m. (1900 GMT).

Jordan’s King Abdullah had been announced as one of the dignitaries due to attend the sports arena for the service. Turkish President Tayyip Erdogan, who attended a Muslim funeral for Ali on Thursday, cut short his visit to Louisville and will not take part in Friday’s event as planned.

Pallbearers will include actor Will Smith, who earned an Oscar nomination for playing the title role in the 2001 film “Ali,” and former heavyweight champs Mike Tyson and Lennox Lewis. 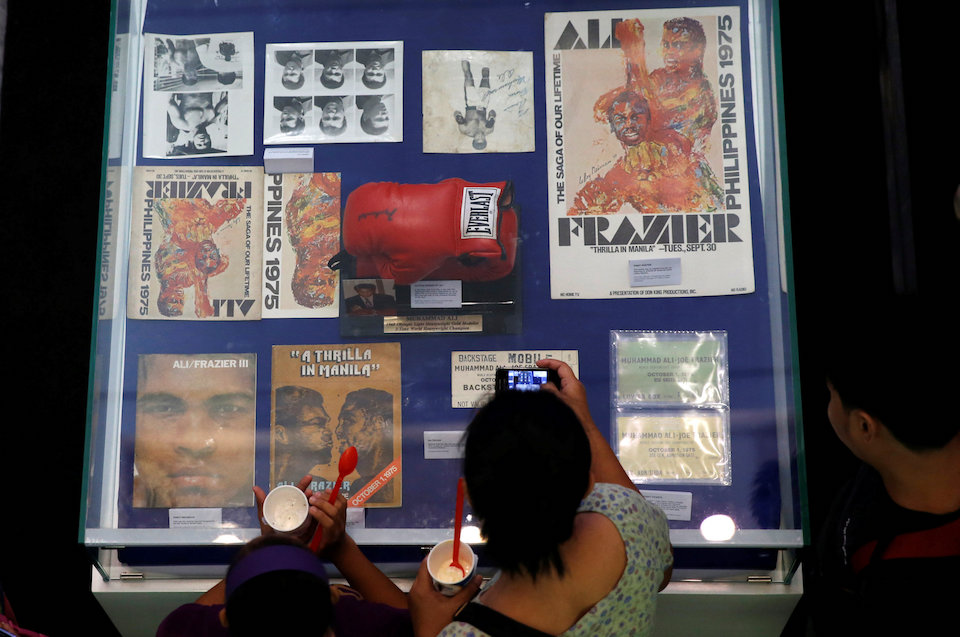 Fans such as Cathy Oost, 61, a retired public school teacher who lives in Louisville, was one of several hundred people to gather under blue skies at the cemetery gates to pay their respects. She held a sign that read “Our Champ, Our Hero.”

Oost said she was struck by Ali’s speaking out for racial equality and his stance against the Vietnam War, plus his defence of Islam. Ali, a three-time world heavyweight champion, also paved the way for black athletes to express themselves with flair and confidence, and gave U.S. Muslims a hero they could share with mainstream America.

“He stood up for his beliefs when it was unpopular and difficult to do so. We all need to do that more,” Oost said.

“He made me feel that it was OK to be myself, that I didn’t have to be anyone else,” she said.

After years of restoration to convert his childhood home into a museum, developers finally held a grand opening on May 1.

Visitors this week waited up to 90 minutes to tour the modest pink house, and police estimated 1,500 people lined the small residential street on Friday to see the man known as “The Greatest” come home one last time.

“This is where he started,” said former heavyweight boxer and actor Randall “Tex” Cobb. “He didn’t start in a gym. He didn’t start as Muhammad Ali. He started in this house right here.”

Willie B. Palmer, 75, said he graduated high school with Ali, who was training for the Olympics when he graduated Central High School in 1960.

Ali would train by jogging the bus route to the school.

“Sometimes he’d be there before the bus,” Palmer said.

What Muhammad Ali, conscientous-objector, taught me, by Penney Kome, Over Easy column

It’s been said many, many times, but it remains true. Never again will we see the likes of Muhammad Ali. 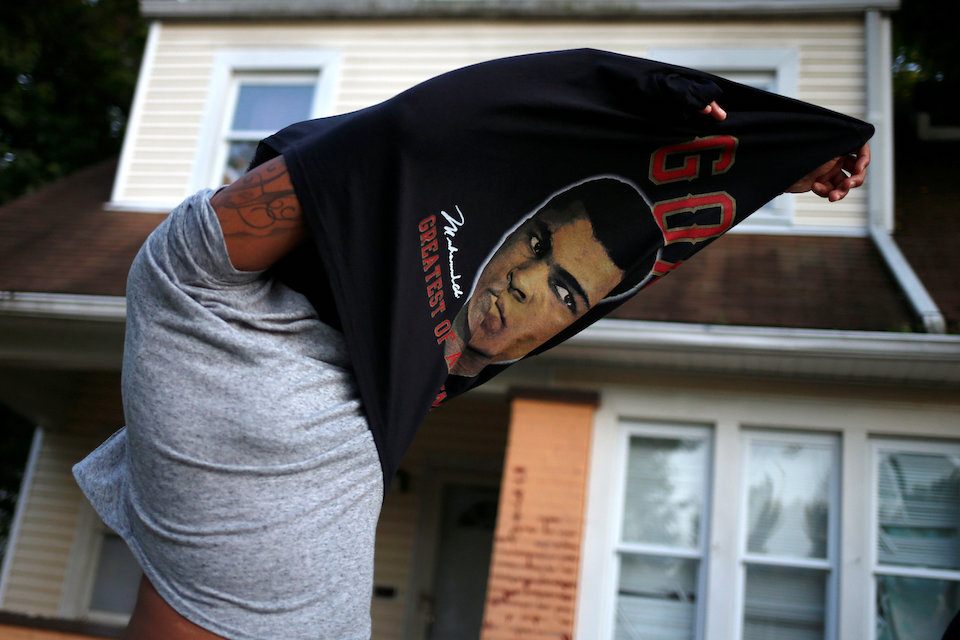 Jola, a music artist, tries on a t-shirt for purchase near the childhood home of the late boxing champion Muhammad Ali in Louisville, Kentucky, U.S. June 9, 2016. REUTERS/Adrees Latif 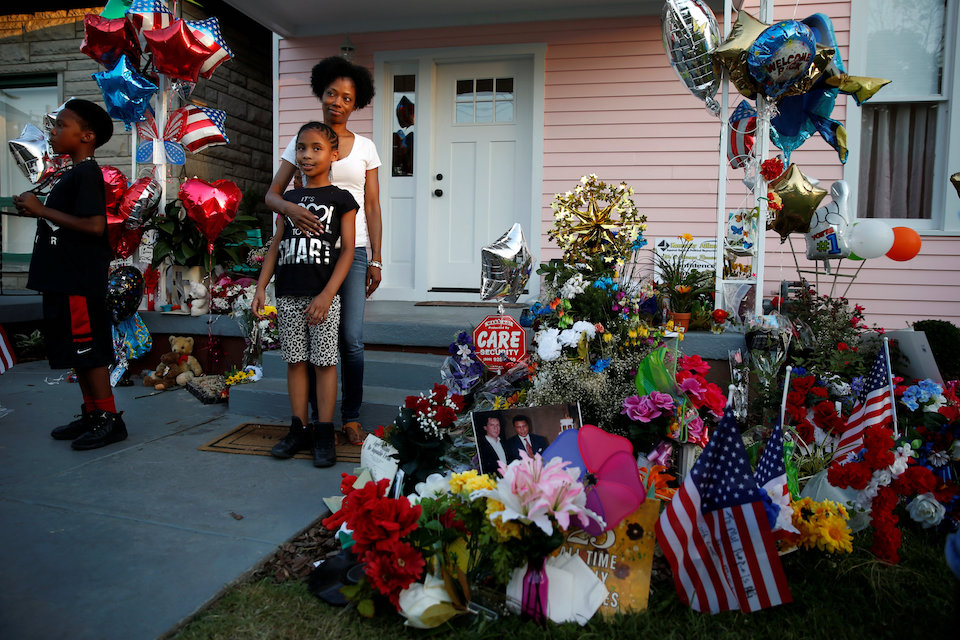 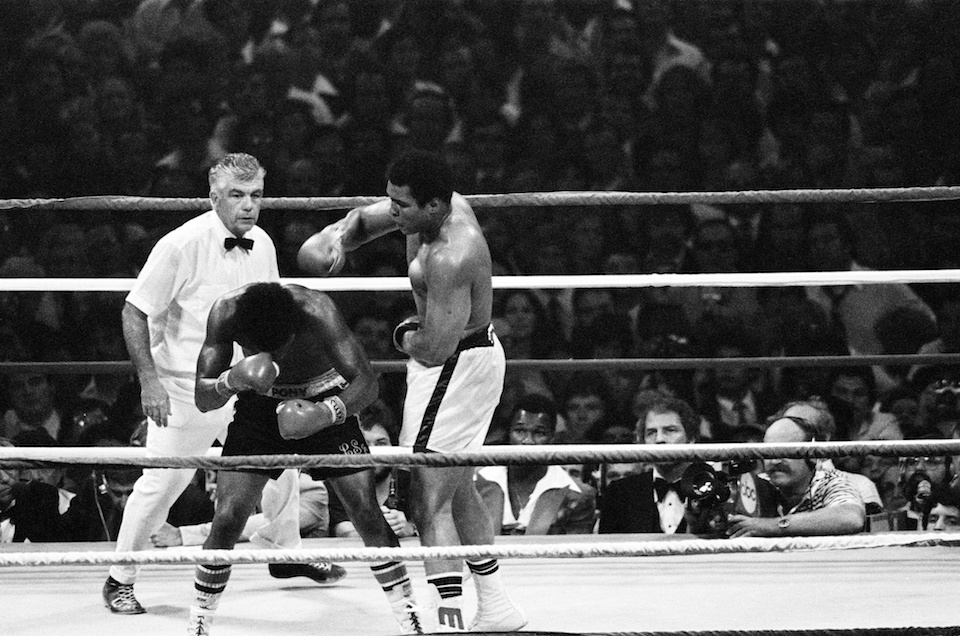 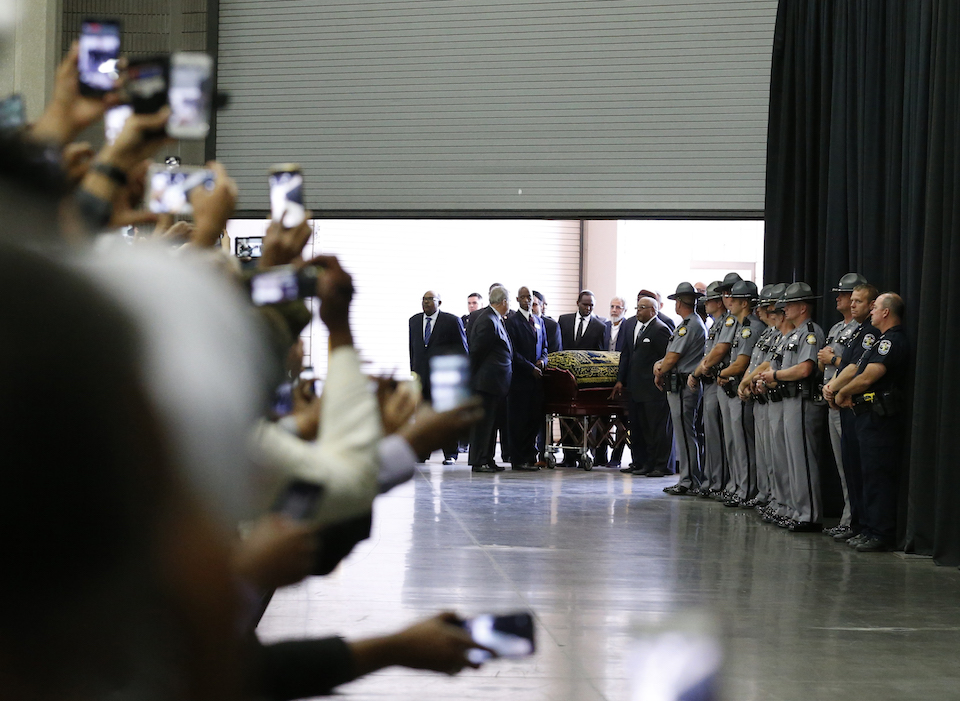 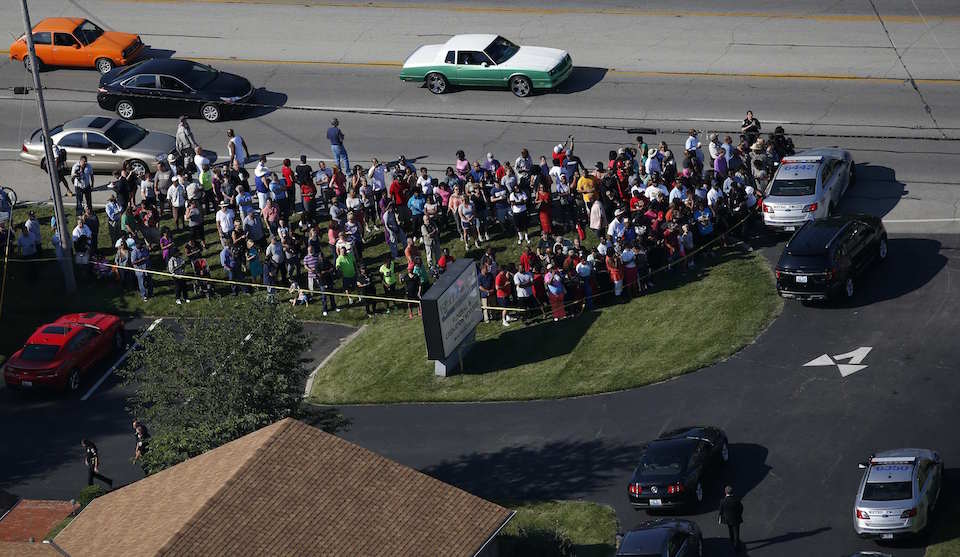 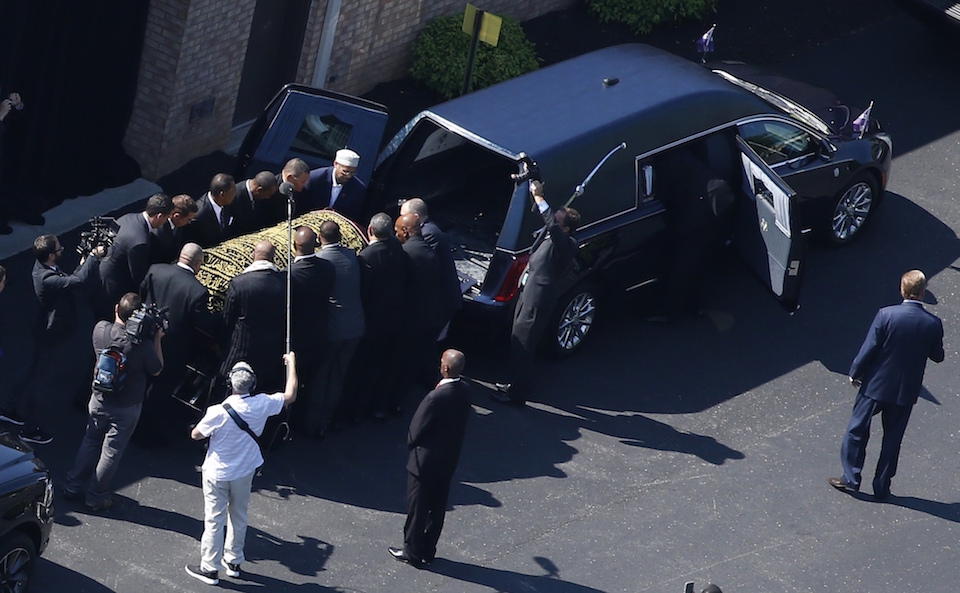 The casket bearing the remains of Muhammad Ali is loaded into a hearse at the A D Porter & Sons funeral home during the funeral procession for the three-time heavyweight boxing champion in Louisville, Kentucky, U.S., June 10, 2016. REUTERS/Adrees Latif