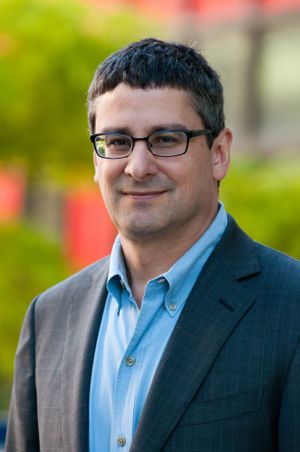 A study this week debunked the theory behind Liberation Treatment, a controversial medical procedure which became a social-media phenomenon. It also left two conundrums unsolved: why some patients reported benefits from it, and how online social media newly affects medical treatments and scientific research.

So-called Liberation Treatment is a controversial procedure that many Western health agencies refused to approve, but which has been performed on untold thousands of patients by private clinics in the few countries where it’s authorized.

Promising results were announced over four years ago when Italian cardiovascular surgeon Paolo Zamboni, whose wife suffered from MS, developed the procedure. His treatment soon became wildly popular — especially on the Internet.

Online petitions demanded approval and funding for the treatment and further research, such as one urging, “Support The Liberation Treatment/CCSVI Research in the United States.” Sites dubbed “Liberating Blogs,” as well as social media pages, promoted the treatment – and included critical or flattering coverage of doctors who criticized or supported it.

Zamboni’s theory was that some veins of MS patients are abnormally narrow, and that this is  a problem linked to low blood flow and deposits of dangerous levels of iron in patient’s brains. Zamboni named the condition Chronic Cerebrospinal Venous Insufficiency, or CCSVI.

He aimed to “liberate” blood flow by widening veins: as is commonly done with cardiovascular treatments, doctors attach miniscule balloons to catheters, insert them into blood vessels in the groin, and push them upward. For Liberation Treatment, the balloons are used to stretch veins in the neck. In some cases – associated with more risk and complications – doctors surgically implant tiny metal stents into the veins to keep them permanently dilated.

The new study undermined the procedure’s very premise: it concluded  that the narrow veins targeted by Zamboni are not even a MS problem. Ineed, the study found that narrow veins are so common, they occur in fully half of healthy normal people.

“We recognize that for many people with MS this is a great disappointment,” lead researcher Anthony Traboulsee, of the University of British Columbia, told a press conference Tuesday. He added, “We wondered what was being treated at clinics around the world.”

Of 177 adults studied by Traboulsee’s team, 79 have MS, 55 are siblings of MS patients, while 43 were healthy, unrelated controls. Only three of the 177 people had an abnormal vein condition – and only one of those had MS; the other two were healthy. “We were really expecting to find more people with this condition,” said Traboulsee.

The research, funded by the MS Society of Canada, is published in the Oct. 9 edition of the peer-reviewed British medical journal The Lancet. An accompanying commentary by German and Dutch researchers called the finding the “death knell” for Zamboni’s theory of the condition CCSVI. If it existed, wrote Paul Friedemann and Mike Wattjes, studies suggest up to half of “the general and otherwise healthy population” would be seriously ill.

The research published in Lancet was the first to use the scientific gold standard of a double-blinded, case-control study, and the first to take images of the veins as the catheters were inserted using catheter venography, injecting the veins with dye and x-raying them.

Trabloulsee estimated as many as 5,000 people from Canada alone have sought Liberation Treatment in foreign clinics – and while anecdotal reports suggest half of them report feeling less fatigue and less of the “brain fog” typical of MS, why they feel better remains a mystery. “I’ll be honest, I don’t know how.”

But despite his team’s findings, accepted as conclusive by their scientific peers, he said he’s unwilling to dismiss patients’ demand for the procedure and more research. “It would be a bit patronizing … we need to do the proper research to address it.”

And so researchers are embarking on a new, $5-million study in four Canadian cities, to perform the procedure on MS patients in a blinded, case-control study with 100 people, which includes two years of extensive follow-up testing.

Asked by a reporter if money has already been wasted on the procedure, and how researchers can justify spending more money on further studies after the very condition being “treated” has been debunked, Traboulsee cited public pressure from patient groups via social media, adding it “had to be addressed.”

But the immediate take-home message for the public, said Traboulsee, is: “Please do not rush out, spend your hard earned money, mortgage your house, to get this done out of country. Research is the answer. Hang tight.”