Is Your T-Shirt Clean of Slavery? Science Will Tell 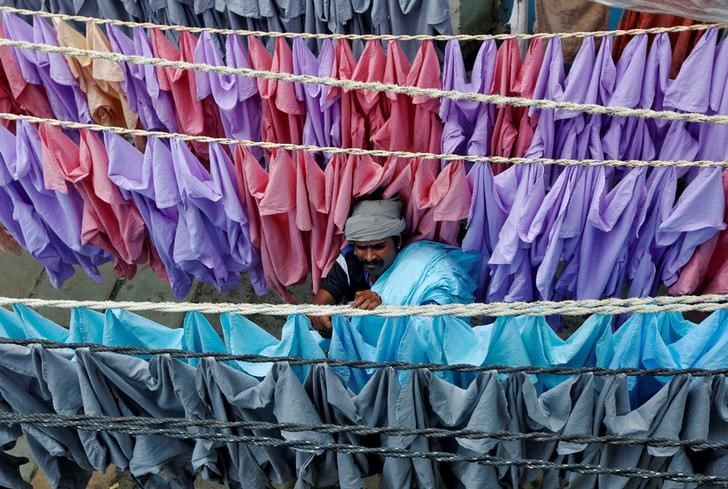 A man hangs shirts out to dry in an open-air laundry in Mumbai, India August 30, 2016. REUTERS/Shailesh Andrade/File Photo

LONDON (Thomson Reuters Foundation) – Shoppers lured by a bargain-priced T-shirt but concerned about whether the item is free of slave labour could soon have the answer – from DNA forensic technology.

James Hayward, chief executive of U.S.-based Applied DNA Sciences Inc. that develops DNA-based technology to prevent counterfeiting and ensure authenticity, said his researchers have been working in the cotton industry for up to nine years.

He said this was prompted by rising concerns about the global cotton industry, that provides income for more than 250 million people, using child and slave labour in harvesting the crop and the during the production process to make clothes.

Hayward said cotton was one of the most complex supply chains he had come across because it was grown in more than 100 countries and goes through a multi-stage transformation process before emerging in “fast fashion” that is cheap and disposable.

“Often each country (is) performing a single function in the transformation of a mature cotton fibre, a single cell into a finished product like a cotton shirt .. along the way there are many opportunities for cheating,” said Hayward.

Hayward said an ideal way to ascertain the true identity of a natural commodity was to use the DNA that nature gave that commodity or to mark it with a manufactured DNA.

This could allow the cotton can be traced to where it was picked before it went into the ginning process that cleans away seed and other debris for packaging into bails to ship around the world for spinning, dyeing and to make into clothes.

During this process mislabelling can happen and substitute fibres added to cotton, with retailers and governments increasingly aware of this.

Hayward said a key issue is where the substitute fibres originate from as some countries have used state-sponsored slavery to collect that cotton.

An estimated 46 million people are living as slaves, according the 2016 Global Slavery Index by the Walk Free Foundation, which said Uzbekistan – the world’s fifth-largest cotton exporter – Turkmenistan and Tajikistan were forcing people to work in the annual cotton harvest.

Over 264 brands have signed up to a global pledge set up by the Responsible Sourcing Network (RSN), run by the California-based charity As You Sow, vowing not to use Uzbek cotton until the government stops using forced child and adult labour.

“I think many consumers would be appalled to contemplate the notion that their garment they’re wearing could be the product of human trafficking,” Hayward said.

He said Applied DNA Sciences was primarily working with two different types of DNA – an engineered DNA made from a botanical source that allowed it to track that fibre back to its origin.

It was also trying to identify the natural DNA found in cotton fibre that allowed researchers to know which species the cotton fibre is and where it comes from.

He said this gave hints that could provide a trail from finished goods back to the crop although the level of analysis had not gone far enough yet to be truly forensic.

But he said it would let a retailer or brand owner pick up their level of attention and investigate a bit further into their supply chain – particularly as they are facing mounting pressure from governments to ensure supply chains are clean.

“We do expect that in the next year or two it will be forensic and we will be able to distinguish the global cultivars of cotton based on their point of origin,” he said.

“While our project is not yet complete we can certainly discern the differences between some Uzbek strains of cotton versus American sources of a similar cotton … the DNA tells a story and it’s very commercially and also relevant to humanity.”

Hayward said unravelling the complex cotton supply chain could set an example on how to tackle other industries.