Men are physically faster and stronger than women – but scientists say women are far more deadly when hurricanes are named after them.

There is, of course, no gender-based difference in the storms. It’s the perception that kills, according to a new study that measured death tolls over six decades resulting from 94 Atlantic Ocean hurricanes that made landfall in the United States. 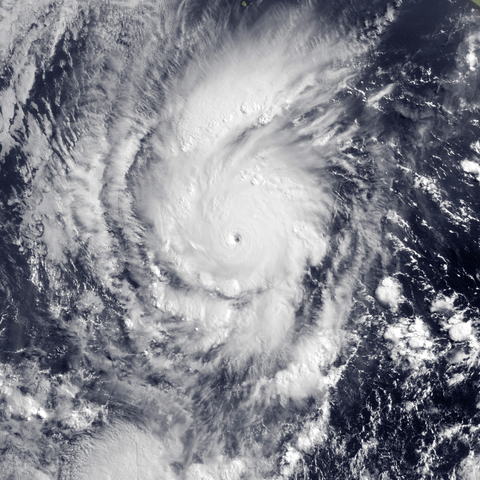 The study extrapolates that a severe —  “high damage” — hurricane with a feminine name can be expected to kill 59 people, compared to 11 deaths from a severe storm named after a man.

“Although our findings do not definitively establish the processes involved, the phenomenon we identified could be viewed as a hazardous form of implicit sexism,” reported social and psychological scientists at the University of Illinois and Arizona State University. “Hurricane names lead to gender-based expectations about severity and this, in turn, guides respondents’ preparedness to take protective action.”

“Using names such as Eloise or Charlie for referencing hurricanes has been thought by meteorologists to enhance the clarity and recall of storm information. We show that this practice also taps into well-developed and widely held gender stereotypes, with potentially deadly consequences.“

The researchers crunched American government hurricane data between 1950, when Atlantic storms began being named, and 2012. They said they adjusted for the fact that all storms were named after women until the late 1970s when masculine names were also used, and they also adjusted for outliers, including Katrina.

The researchers asked: “Even though the gender of hurricanes is now preassigned and arbitrary, the question remains: do people judge hurricane risks in the context of gender-based expectations?”

Yes, they answered, from the results of six studies, each involving from 100 to 346 people. They found that both men and women in the studies were slower to seek safety from female-named storms than from male-named storms.

The authors say the study holds lessons for policy makers:

“As climate change forecasts anticipate that storms will increase in severity in the coming years, our findings have increasingly important implications for policymakers, media practitioners, and the general public concerning hurricane communication and preparedness. The findings suggest that natural disasters, when given gendered names, can elicit gender-congruent expectancies that (de)motivate preparedness. Thus, although using human names for hurricanes has been thought by meteorologists to enhance the clarity and recall of storm information, this practice also taps into well-developed and widely held gender stereotypes, with unanticipated and potentially deadly consequences.