The Referendum That Might Have Headed Off Flint’s Water Crisis 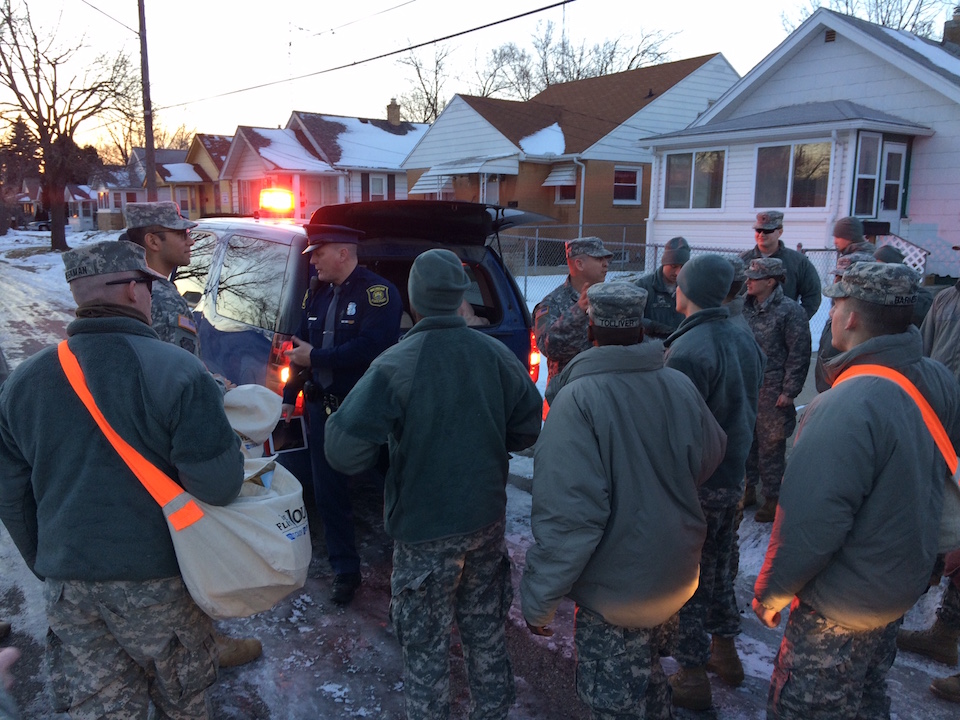 For two decades, Michigan has used emergency managers to supplant local elected officials and bring order to its most financially troubled cities. Flint has been overseen since 2011 by a succession of these state appointees, who have power to cut spending and sell off assets to raise money.

The city was under the authority of an emergency manager when it opted in 2013 to switch its source of drinking water from the Detroit system to a new pipeline being built from Lake Huron — and, most fatefully, to save money by drawing water from the Flint River in the interim. The city failed to add phosphates to the river water to prevent corrosion of lead pipes, at what would have been a cost of $100 per day.

Now public health workers are trying to determine how many of the roughly 8,600 children under the age of six in Flint have suffered lead poisoning from corrosion in the water supply and officials are deciding whether to replace all of the city’s 15,000 lead pipes — an estimated $55 million undertaking. 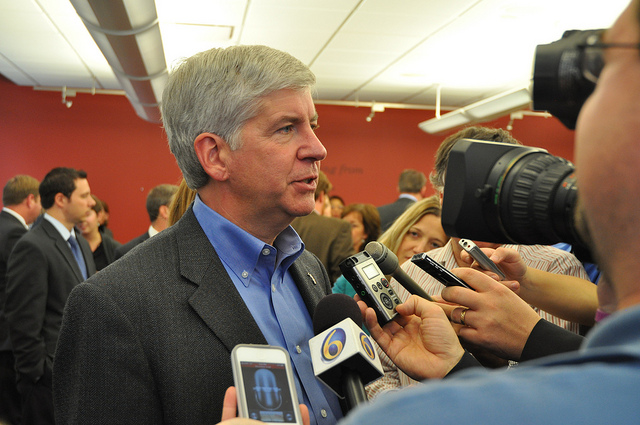 There might not have been a super-empowered emergency manager at all in Flint if a 2012 referendum had been allowed to stand.

The saga dates to early 2011, when Rick Snyder took office as the state’s governor. The mild-mannered venture capitalist had run as a technocratic fix-it man for recession-wracked Michigan — “one tough nerd” was his Twitter handle and “relentless positive action” was his slogan. “I think we’re on a course that hopefully is a role model for other places,” he told me that spring. “Spending time on blame-placing has no value. Spending time on taking credit for anything has no value. The only thing that has value is actually accomplishing results that solve the problem.”

One of his first actions was to sign legislation greatly enhancing the powers of emergency managers. The state had in years prior deployed emergency managers in seven cities (including Flint) and the Detroit school system, but Snyder, the Republican-controlled legislature and the former Democratic legislator whom Snyder appointed as treasurer decided that the managers needed more authority.

The new law set earlier triggers for state intervention, and, crucially, authorized managers to modify the terms of collective bargaining agreements to cut personnel costs, the largest burden for cities and school districts. Snyder also proposed deep cuts in revenue-sharing for poor cities — an $8.1 million hit for Flint alone, equivalent to nearly half of the city’s deficit. “The taxpayers are in a very difficult situation now,” Snyder said at the time during a visit to Flint. “We need to show our citizens value for money.”

Not surprisingly, the new law angered the state’s public employee unions. But it also provoked backlash from an ad hoc group of activists who viewed the new law as inherently undemocratic, and who noted that there would be less need for Draconian action in the targeted cities (which were, for the most part, heavily African American) if the state hadn’t slashed funding for them over the years.

One of these activists was Amy Kerr Hardin, a former branch manager at a small bank in Northern Michigan, near Traverse City. In the summer of 2011, she and hundreds of others started collecting petitions to challenge the law in a referendum on the 2012 ballot. It was a slog: under state law, the entire law had to be printed on each petition, which amounted to a 26-page foldout. The petitions had to be segregated by each of the state’s 83 counties, so each canvasser had to carry a large bag, or even a wagon, filled with dozens of petitions in case he or she encountered a signer from another jurisdiction.

Hardin and her North Country comrades canvassed at farmer’s markets, the National Cherry Festival, and the Traverse City Film Festival. Their downstate counterparts hit football tailgates and the Blossomtime Festival in Benton Harbor, one of the cities under an emergency manager. It wasn’t easy explaining the issue — “it was pretty unsexy,” said Hardin — but the canvassers would try to make it concrete by describing consequences of the law, such as the risk that an emergency manager could sell Benton Harbor’s big lakeside park, one of its few assets. The effort received scant attention in the media — one press conference in Traverse City attracted only a single person from a little-known local outlet.

Eventually, though, the canvassers amassed 225,000 signatures, well above the required 162,000. They overcame a last-minute challenge over whether the petition font had been large enough. And on Election Day in 2012, 53 percent of the electorate voted to repeal the 2011 emergency manager law.

Any celebration was short-lived. A few weeks later, the legislature took up a bill to simply replace the repealed emergency manager law with a new, very similar one.

The replacement differed in some particulars — it gave local elected officials the right to propose alternatives to an emergency manager’s cuts, if they saved as much money, and to vote to remove him or her by a two-thirds vote (though only after 18 months.) But it retained the main elements of the rejected law, such as the power to modify union contracts and sell off local assets. The tweaks would only apply to future emergency managers, not the ones already governing cities and school systems. And the legislature attached a small budget appropriation to the new law, which made it impervious to referendum.

“It was an amazing power grab,” said Gretchen Whitmer, who was then the leader of the Democratic minority in the Senate. “It was stunning.”

The newspaper in the conservative western Michigan town of Holland was also opposed to the “galling” maneuver, saying that while it backed the emergency manager law in concept, “that doesn’t justify the short-circuiting of democracy.”

In an interview, Randy Richardville, who at the time was the Republican leader in the Senate, justified the maneuver by calling the referendum into question. “Quite frankly, the proposal was not written very well,” he said. “The language in the proposal was not enough to explain to the people what was trying to be done.” Andy Dillon, the then-treasurer, said the referendum had not been adequately vetted prior to the election because its opponents had focused their attention on successfully opposing another ballot question, to enshrine collective bargaining rights in the state constitution. “There was like zero effort put into defending that law,” Dillon said.

So instead of fighting the referendum when it was before the voters, its opponents simply overruled it. Snyder, whose office did not respond to a request for comment, signed the replacement law on Dec. 27, 2012. Less than four months later, Flint’s emergency manager signed an agreement moving the city into the new water system. Three months after that, he settled on the Flint River as the interim source.

To Whitmer, who is now contemplating a run for governor in 2018, there is a link between the disregard of the referendum result and the circumvention of local authority in the emergency manager law. “This is the exact thing you get when you combine austerity measures with callous disregard for local people,” she said.

Hardin, the branch manager turned activist, won’t go so far as to claim vindication. But she notes, darkly, that the arduous task of collecting the petitions would have been easier if state residents had been aware of just how big the stakes were.

“We had to come up with scenarios of real things that could happen,” she said. “If we had said, ‘We could poison an entire city under this scenario,’ no one would have believed us. It would have been too wild.”