The Public as Watchdog: Crowdsourcing, the Indonesian Case

By Ruli Manurung, University of Indonesia, The Conversation
Published on F&O July 21, 2014 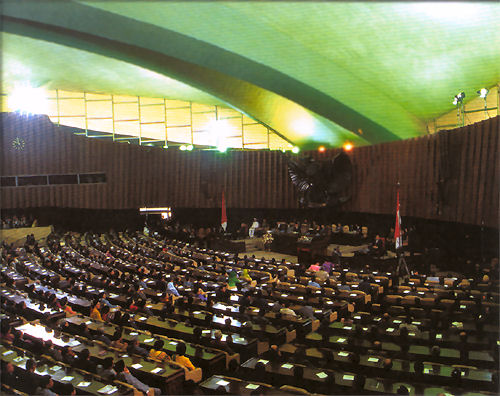 This year’s presidential election in Indonesia is unlike anything we’ve seen before. Not only for the stark differences between the candidates and the tightness of the race but also for the sheer public enthusiasm in guarding the votes.

A few hours after polling stations closed, various TV stations reported quick counts and exit polls from different survey outfits. Most pointed to a 5-6% win for the presidential ticket of Joko Widodo and Jusuf Kalla over Prabowo Subianto and Hatta Rajasa. But at least three pollsters suggested a narrower victory in the other direction.

Within an hour of each other, both camps made victory speeches on national TV. Confusion ensued. Debates about the merits of sampling methodologies surfaced.

Above all, this created a heightened awareness among the public about the vote-counting process.

In Indonesia, official election results can take weeks to be announced. The presidential election was held on July 9, yet the formal announcement is expected on July 22.

The counting process, as regulated in the 2008 General Elections Law, is a lengthy and laborious one. The Indonesia Election Commission (KPU) tallies the results in gradual steps, starting from individual voting stations to the villages, up to the districts, regencies and cities, provinces and finally nationwide. Analysts have criticised the process as being prone to manipulation.

To minimise electoral fraud, the KPU decided this year to make results available through its website.

The tallies from individual voting station, known as the C1 forms, are scanned and the resulting images uploaded by officials onto the KPU servers. As of this writing, the coverage has reached 98.29 per cent of 478,828 stations.

The Commission also made tabulation results at the district level (known as the DA1 forms), at the regency level (the DB1 form) and at the provincial level (the DC1 form) available online.

KPU should be commended for this. It provided an unprecedented measure of transparency and accountability to the vote counting. But this is not the only good thing to come out of it.

The public, worried that cheating might occur, went straight to KPU’s website to check the tally results. Overnight, various volunteer groups popped up on Facebook and Twitter to coordinate the manual checking of the scanned C1 forms.

Some were mainly concerned with the validity of the forms. (Do the numbers tally? Are all witness signatures present? Is there any evidence of tampering?) Others tried to verify the forms with members of the public who had taken photos of the tally results and posted them on social media.

But one issue stood in the way of C1 forms being truly useful: they were available only in scanned image form. This means the public could not easily find out aggregate results. For this to happen, the data must first be entered in numeric format into a computer. This data-entry task, involving almost half-a-million forms, is no mean feat.

Enter crowdsourcing. A portmanteau of crowd and outsourcing, it means the accomplishment of a task by making it available over the web, and having a very large number of workers (sometimes volunteers, sometimes paid) chip away at the task until it is solved. Due to the heightened public awareness finding volunteers was easy.

From an IT viewpoint, the task was not very challenging. It only required: (i) the database of all individual voting stations in Indonesia; (ii) a way to relate this data to the scanned C1 forms on the KPU servers; and (iii) a simple web-based application that allows users to enter the numerical data from the forms into the database.

KPU enabled the first two points by sharing its data through web services at dapil.kpu.go.id and tps.kpu.go.id. As for the last point, this is a standardised information system task, although some effort is required to make the data-entry process run as smoothly as possible and to mitigate the risks from potential malicious users.

Within three to four days of the elections, at least four similar initiatives had emerged: realcount.herokuapp.com, solusirfid.com/pemiluc1, kawal-suara.appspot.com and kawalpemilu.org.

Of these, the last one has gained the greatest traction. It has achieved over 95% coverage of all voting station data entries. This last system is also notable for being developed by a team of Indonesians who are geographically distributed across Jakarta, Singapore and Silicon Valley.

Mirroring the openness of the KPU, all of these systems make their results available online. The data are organised in tabular form, starting from the national level and allowing users to “drill down” all the way to individual voting stations. Here users can compare for themselves the data on record with the actual scanned forms.

These crowdsourced results quickly became credible sources of information and have served to clarify much of the confusion that initially arose from the conflicting quick count results. Given that the crowdsourcing initiatives mentioned above converged on the same result independently, they also provide valuable triangulation data to increase confidence in the result. That the scanned forms are hosted on the KPU servers directly ensures the provenance of the source of data, preventing any allegation of tampering at this level.

All of this has served as a case study in open government data. The idea behind this principle is that certain data must be made available for public viewing (and subsequent use). Open data increases transparency and accountability. It also enables the public to develop novel and useful applications of the data, particularly when made available through the internet.

If the scale, speed and effectiveness of the various initiatives that used the KPU data over the past two weeks are anything to go by, we might be witnessing the start of a game-changing policy shift in public engagement in Indonesia and beyond.

Ruli Manurung does not work for, consult to, own shares in or receive funding from any company or organisation that would benefit from this article, and has no relevant affiliations.