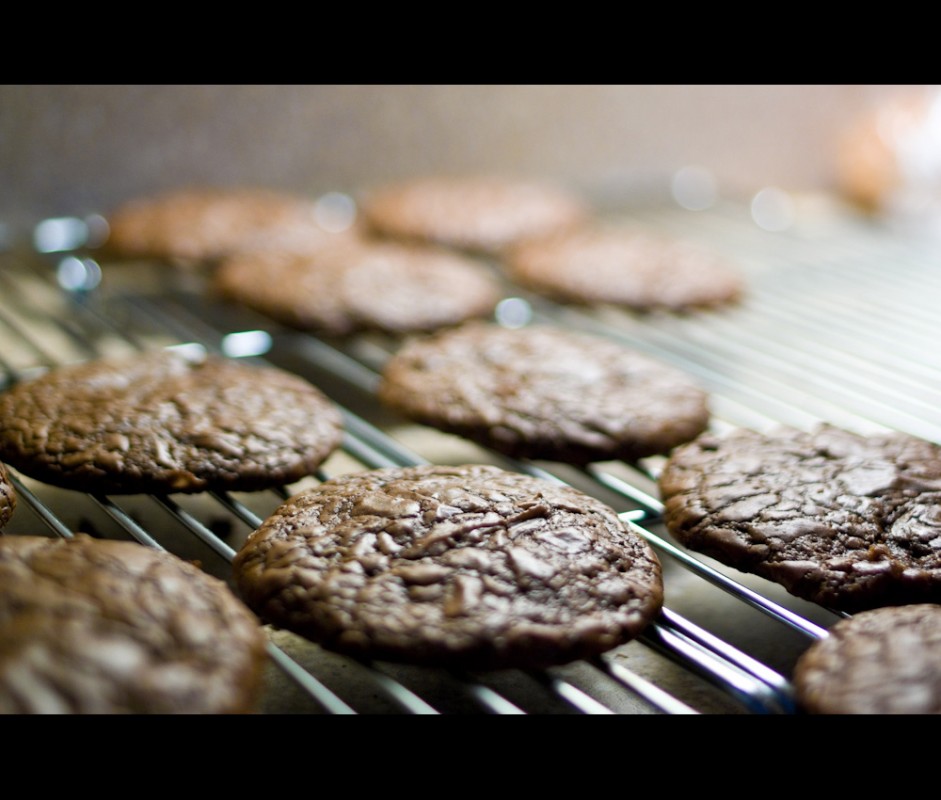 In a highly unscientific but delicious experiment last weekend, 380 New Yorkers gave up sensitive personal information — from fingerprints to partial Social Security numbers — for a cookie.

“It is crazy what people were willing to give me,” said artist Risa Puno, who conducted the experiment, which she called “Please Enable Cookies,” at a Brooklyn arts festival. The cookies — actual cookies — came in flavors such as “Chocolate Chili Fleur de Sel” and “Pink Peppercorn Pistachio.” 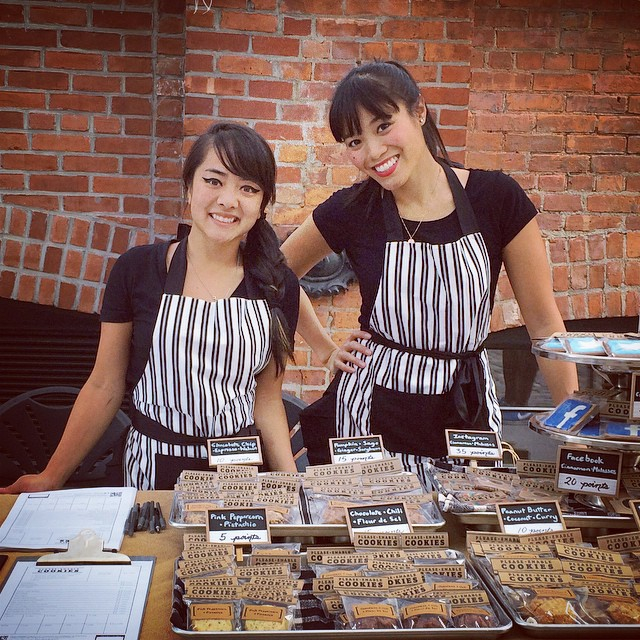 Interactive installation/sculpture artist Risa Puno (right) swapped cookies — a Pink Peppercorn Pistachio cookie for your driver’s licence, anyone? — for people’s data and even their fingerprints, at the Dumbo Arts Festival in New York. The cookie escapade was part of Heather Hart’s Barter Town project in New York. Photo courtesy of Risa Puno

To get a cookie, people had to turn over personal data that could include their address, driver’s license number, phone number and mother’s maiden name.

More than half of the people allowed Puno to take their photographs. Just under half 2014 or 162 people 2014 gave what they said were the last four digits of their Social Security numbers. And about one-third — 117 people — allowed her to take their fingerprints. She examined people’s driver’s licenses to verify some of the information they provided.

When people asked Puno what she was going to do with their information, she refused to say. Instead, she referred them to her terms of service, a full page of legal boilerplate displayed in tiny print, which gives her the right to display the information and share it with others.

Puno’s performance art experiment highlights what privacy experts already know: Many Americans are not sure how much their personal data is worth, and that consumer judgments about what price to put on privacy can be swayed by all kinds of factors.

While most people will say they value privacy, there’s a clear dichotomy between “what we say about privacy and what we do,” said Alessandro Acquisti, a Carnegie Mellon privacy expert.

A study published last year by Acquisti and other researchers found that people’s willingness to pay for privacy depended on whether they perceived that their data was already protected. In one experiment, one group of people were given a free $10 Visa gift card and told their spending would be anonymous. Another group was given a $12 gift card and told their purchases would be tracked. The groups were then given an opportunity to trade gift cards. It turned out that the vast majority people with the higher-value but tracked card were not willing to give up $2 for privacy. But about half of the people who started out with the higher privacy lower value cards wanted to keep them.

“The answers to questions such as ‘What is privacy worth?” and ‘Do people really care for privacy?’ depend not just on whom but how you ask,” the authors wrote.

Puno said some participants did not even eat their cookies 2014 they just wanted to take pictures of them. Cookies decorated with the Instagram logo were so popular among photographers that Puno required “purchasers” to give their fingerprints, the last four digits of their Social Security numbers and their driver’s license information. Many still agreed. “They wanted to hold it against the sky with the bridge in the background,” she said.

While she’s happy with the response to her project, the 33-year-old artist was shocked that people seemed very comfortable giving away the kind of data that’s often used in security questions: pet’s name, mother’s maiden name, place of birth, the name of your first teacher.

She was also surprised to find that people would give her more data than they actually needed to earn a given cookie. “That to me was baffling,” she said. “If I were thinking about giving away my information, I wasn’t giving away more than I had to.”

Puno still won’t say what she’s going to do with the data. She says she’s considered destroying it. On the other hand, she said, the disclosure forms are also “precious artifacts of what people are willing to do. I kind of want to hold onto them forever.”

This story was co-published with Mashable.