Rio Olympics should be delayed or moved — health experts 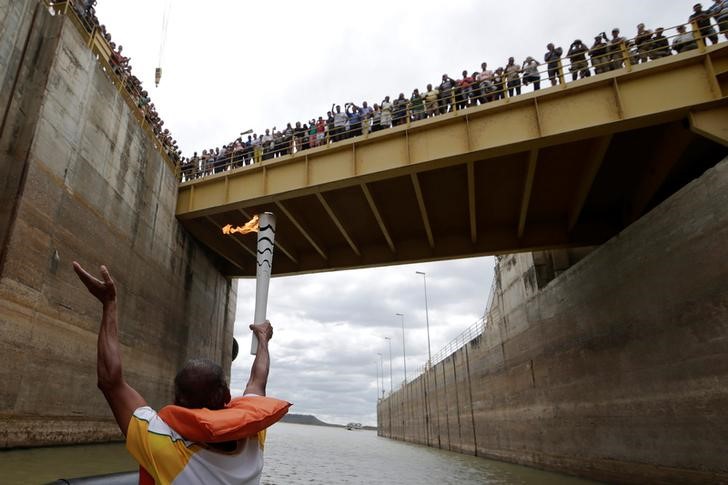 LONDON/WASHINGTON (Reuters) – More than 100 medical experts, academia and scientists on Friday have called for the Rio Olympic Games to be postponed or moved because of fears that the event could speed up the spread of the Zika virus around the world.

Their assessment counters the view of some leading experts of infectious disease who say that as long as the necessary precautions are taken there is no reason to cancel the Games. On Thursday, Dr. Tom Frieden, director of the U.S. Centers for Disease Control and Prevention, declared there was no public health reason to cancel or delay this summer’s Games.

In an public letter posted online, the group of 150 leading public health experts, many of them bioethicists, said the risk of infection from the Zika virus is too high. The letter was sent to Dr. Margaret Chan, director-general of the World Health Organization, and urged that the Games, due to be held in Rio de Janeiro in August, be moved to another location or delayed.

“An unnecessary risk is posed when 500,000 foreign tourists from all countries attend the Games, potentially acquire that strain, and return home to places where it can become endemic,” the letter said. It can be found at http://rioolympicslater.org/

Bioethicists study ethical problems arising from biological or medical research. Professor Arthur Caplan, director of the division of medical ethics at New York University School of Medicine and one of four who authored the letter, said he is sceptical Brazil has the resources to protect the public and is equally sceptical of “general assurances” from public health officials.

The letter called on the WHO to convene an independent group to advise it and the International Olympic Committee.

“I believe in informed consent,” Caplan said in an interview. “Let’s have an independent set of scientists look at this and let everyone hear the arguments.”

Citing the “greater concern for global health”, the letter also said, “The Brazilian strain of Zika virus harms health in ways that science has not observed before.”

Speaking at a lunch at the National Press Club in Washington on Thursday, Frieden said there was no reason to delay the Olympics.

He was responding to a paper by a Canadian professor published earlier this month in the Harvard Public Health Review which called for the Games to be cancelled or moved because it could speed the spread of Zika.

“The risk is not particularly high other than for pregnant women,” Frieden said.

Zika infection in pregnant women has been shown to be a cause of the birth defect microcephaly and other serious brain abnormalities in babies.

The connection between Zika and microcephaly first came to light last fall in Brazil, which has confirmed more than 1,400 cases of microcephaly.

Frieden’s view is shared by many infectious disease experts. A recent editorial in The Lancet Infectious Diseases journal noted that the Zika outbreak has been concentrated in northeastern Brazil, away from Rio. Moreover, it added, the infection-carrying mosquito is not particularly active in August and athletes and spectators are likely to spend their time in places purged of mosquito breeding sites.

“Available evidence indicates that for games participants, risk of exposure to Zika virus and subsequent adverse health outcomes will be low,” it said.
Copyright Reuters 2016

(Reporting by Toni Clarke in Washington and William Schomberg in London,; Editing by Mark Trevelyan and Bernard Orr)

You might also wish to read  three pieces that place the Zika emergency in context:

It took months for Brazil’s health ministry to recognize the Zika virus had arrived. And so far, the World Health Organization’s hesitant response to the  outbreak –which has created the worst global health scare since Ebola –says much about the difficulties that the WHO and other health authorities face in combating unexpected public health threats. … go to the story

Where did Zika virus come from, and why is it in Brazil? By Amy Y Vittor

Urbanization, changing climate, air travel and transportation, and waxing and waning control efforts that are at the mercy of economic and political factors have led to these mosquitoes spreading to new areas and coming back in areas where they had previously been eradicated.  … go to the story.

Love, sex and babies are the foundation of human existence. Without them the human race ceases to exist. Zika, a virus that few people had heard of a month ago, has suddenly disrupted this normal course of events.  …go to the story.