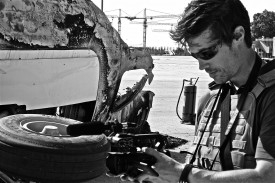 James Foley, abducted in Syria in 2012 and slaughtered in August by extremists. Photo © Jonathan Pedneault, courtesy of FreeJamesFoley.org

The vicious execution of US journalist James Foley by militants of the Islamic State deepens the concern that international law and diplomacy may be ill-equipped to address crimes against media workers reporting from conflict zones.

The video depicting the decapitation and cautioning Barack Obama to end military operations in Iraq displays a modus operandi typical of terrorist negotiation strategy. It evokes the murder of freelance journalist Enzo Baldoni in 2004 by the Islamic Army in Iraq, after the fundamentalist group attempted to use the hostage as a leverage tool for an ultimatum requesting the withdrawal of Italian troops from Iraq.

It further echoes the murder of Wall Street Journal correspondent Daniel Pearl, abducted in Pakistan in 2002, whose captors posted the video of the beheading as a warning after unsuccessfully demanding the release of Guantanamo Bay Muslim prisoners.

Unlawful killings have also been used as a tactic to inhibit the dissemination of information and critical views, as in the kidnapping and shooting of US freelance journalist Steven Vincent by Islamic extremists in Iraq in 2005.

High-profile cases are only the tip of the iceberg. UNESCO reports reveal an alarming 593 journalist killings between 2006-2013, with the highest figures in 2012 (123) and 2013 (91). According to the International Federation of Journalists, 67 journalists and media workers have been killed so far in 2014, with Pakistan, the Palestinian territories, Iraq, Afghanistan, Ukraine and Syria holding the worst records.

These statistics suggest that many states are unwilling or unable to deter crimes against journalists by ensuring that the perpetrators are held to account. The culture of impunity not only infringes the victims’ right to life, personal security and free speech, but also has a chilling effect on the media in general, as well as affecting the public’s right to information.

As UN special rapporteur on freedom of opinion and expression Frank La Rue stated in his 2009 report to the Human Rights Council: “Limiting impunity for the perpetrators of crimes against media professionals will function as an important deterrent against the repetition of these crimes.”

Countering impunity remains, however, a real problem in countries where political instability and military turmoil render state institutions ineffective. This has led to the rise of a new type of threat facing foreign correspondents: deliberate targeting by private actors.

Unlike states, extremist groups tend to be beyond the reach of both diplomacy and the law. Peer pressure within the international community relies on concerns such as reputational damage, continued support of economic or strategic allies and domestic public opinion. Groups that are driven by a nihilist ideology who resort to terrorist methods do not respond to such considerations. 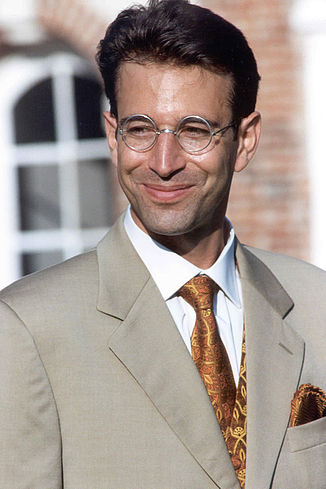 In particular, Article 13 of Additional Protocol II to the 1949 Geneva Conventions dictates that civilians cannot be the object of attack or acts or threats of violence. Non-international conflicts are also covered by common Article 3 of the four Geneva Conventions, establishing that civilians cannot be subjected to cruel treatment or outrages upon personal dignity or taken hostages.

Journalists engaged in dangerous professional missions in areas of armed conflict are expressly classified as “civilians” in Article 79 of the 1977 Protocol I to the Geneva Conventions. This means they are entitled to the protection of Article 48, which requires warring parties to distinguish between civilian and military objectives.

More recently, UN Security Council Resolution 1738 (2006) reiterated the obligation for all parties involved in conflicts to treat journalists as civilians and respect their rights and professional independence. So media workers in conflict zones cannot be legitimate targets under any circumstance.

But the reality does not match the expectations under the law. To address this crisis, in 2012 UNESCO developed a Plan of Action on the Safety of Journalists and the Issue of Impunity, which is at present being implemented in five pilot countries, Iraq, Nepal, Pakistan, South Sudan, and Tunisia.

The plan involves helping states to develop legislation guaranteeing freedom of expression – including effective investigation and prosecution of crimes against journalists; raising awareness amongst media owners and policy-makers on existing international instruments for the protection of journalists; disseminating best practices on the safety of journalists.

Further international avenues for increasing the safety of journalists may include the adoption of a convention for the protection of journalists in conflict zones in recognition of their being a category at risk – or making the killing of journalists a war crime.

Nevertheless, enhancing the international legal framework may prove valuable in dealing with rational state players. Similarly, international co-operation focusing on capacity-building presupposes the effective control of the legitimate authorities of States receiving assistance over their own territory.

The efforts of the international community to tackle threats to journalists may be insufficient if confined to legal measures and assistance in the administration of justice. In the presence of anarchic private groups such as Islamic State, rethinking international law-enforcement options through the Security Council might be timely.

Carmen Draghici does not work for, consult to, own shares in or receive funding from any company or organisation that would benefit from this article, and has no relevant affiliations. She is Senior Lecturer, City Law School at City University London.

Facts and Opinions is a boutique for slow journalism, without borders. Independent, non-partisan and employee-owned, F&O is sustained entirely by readers: we do not carry advertising or solicit donations from foundations or causes.  Why? We appreciate your interest and support:  for $2.95 (the price of a cheap brew) you can subscribe to F&O for a month. If that breaks your budget, a one-day pass is $1. A subscription is required for most F&O original work. Subscribe for free to Frontlines by entering your address in the form on the right (we won’t share your address), or follow us on Facebook or Twitter.