Insight: The road to Aleppo – how the West misread Putin 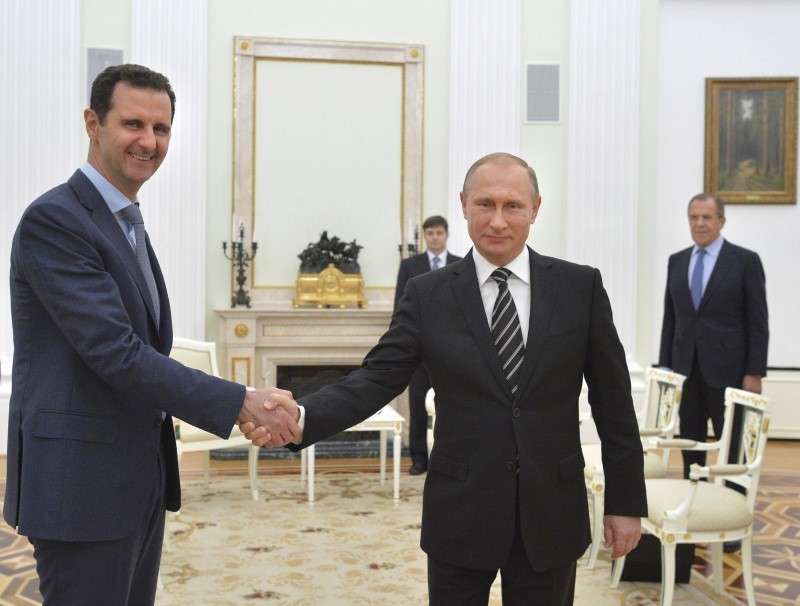 Western officials said the Syrian leader’s days were numbered and predicted he would soon be forced to the negotiating table.

It did not turn out that way. Secret preparations were already underway for a major deployment of Russian and Iranian forces in support of Assad.

The military intervention, taking many in the West by surprise, would roll back rebel gains. It would also accelerate two shifts in U.S. diplomacy: Washington would welcome Iran to the negotiating table over Syria, and it would no longer insist that Assad step down immediately.

“That involved swallowing some pride, to be honest, in acknowledging that this process would go nowhere unless you got Russia and Iran at the table,” a U.S. official said.

At the heart of the diplomacy shift – which essentially brought Washington closer to Moscow’s position – was a slow-footed realization of the Russian military build-up in Syria and, ultimately, a refusal to intervene militarily.

Russia, Iran and Syria struck their agreement to deploy military forces in June, several weeks before Assad’s July 26 speech, according to a senior official in the Middle East who was familiar with the details.

And Russian sources say large amounts of equipment, and hundreds of troops, were being dispatched over a series of weeks, making it hard to hide the pending operation.

Yet a senior U.S. administration official said it took until mid-September for Western powers to fully recognise Russia’s intentions. One of the final pieces of the puzzle was when Moscow deployed aircraft flown only by the Russian military, eliminating the possibility they were intended for Assad, the official said.

An earlier understanding of Russia’s military plans is unlikely to have changed U.S. military policy. President Barack Obama had made clear early on that he did not want Washington embroiled in a proxy war with Russia. And when the West did wake up to Russian President Vladimir Putin’s intentions, it was short of ideas about how to respond.

As in Ukraine in 2014, the West seemed helpless. 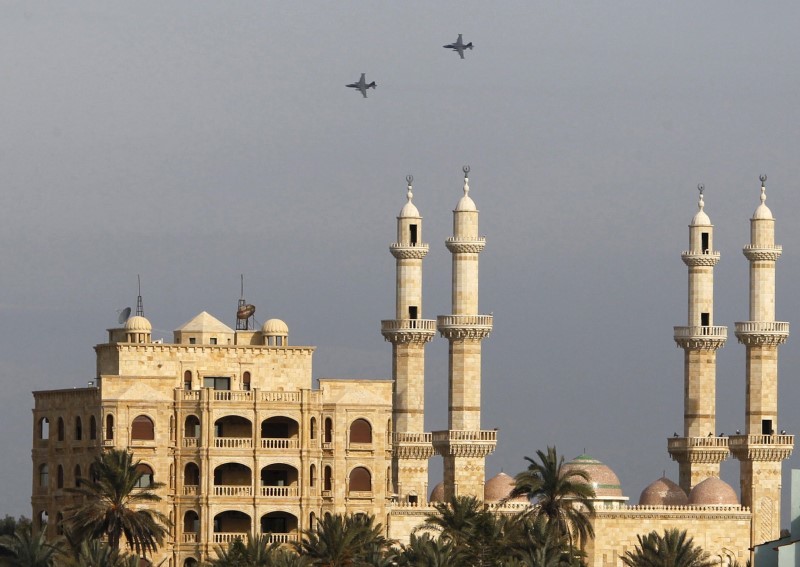 Russian warplanes fly in the sky over the Mediterranean coastal city of Latakia, Syria, in this January 28, 2016 file photo. REUTERS/Omar Sanadiki /Files

In July last year, one of Iran’s top generals, Qassem Soleimani, went to Moscow on a visit that was widely reported. The senior Middle Eastern official told Reuters that Soleimani had also met Putin twice several weeks before that.

“They defined zero hour for the Russian planes and equipment, and the Russian and Iranian crews,” he said.

Russia began sending supply ships through the Bosphorus in August, Reuters reported at the time. There was no attempt to hide the voyages and on Sept. 9 Reuters reported that Moscow had begun participating in military operations in Syria.

A Russian Air Force colonel, who took part in preparations and provided fresh details of the build-up, said hundreds of Russian pilots and ground staff were selected for the Syria mission in mid-August.

Warplanes sent to Syria included the Sukhoi-25 and Sukhoi-24 offensive aircraft, U.S. officials said. In all, according to U.S. officials, Russia by Sept. 21 had 28 fixed-wing aircraft, 16 helicopters, advanced T-90 tanks and other armoured vehicles, artillery, anti-aircraft batteries and hundreds of marines at its base near Latakia.

Despite this public build-up, the West either played down the risks or failed to recognise them.

U.S. Secretary of State John Kerry said on Sept. 22 that Russian aircraft were in Syria to defend the Russians’ base – “force protection” in the view of U.S. military experts.

At the United Nations General Assembly on Sept. 28, the French announced their own first air strikes in Syria.

“The international community is hitting Daesh (Islamic State). France is hitting Daesh. The Russians, for now, are not doing anything,” Foreign Minister Laurent Fabius Fabius said at the time.

The next day Russia announced its strikes in Syria. 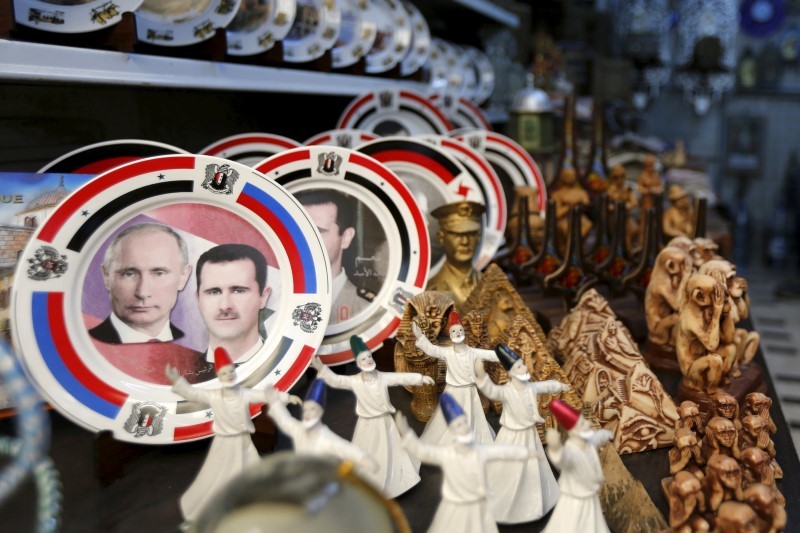 One former U.S. official, who was in government at the time, told Reuters that some U.S. officials had begun voicing concern that Russia would intervene militarily in Syria two weeks before the bombing began.

Their concerns, however, were disregarded by officials in the White House and those dealing with the Middle East because of a lack of hard intelligence, the former U.S. official said.

“There was this tendency to say, ‘We don’t know. Let’s see,'” recounted the former U.S. official.

Yet between October and December, American perceptions shifted, as reported by Reuters at the time.

By December, U.S. officials had concluded that Russia had achieved its main goal of stabilizing Assad’s government and could maintain its operations in Syria for years.

“I think it’s indisputable that the Assad regime, with Russian military support, is probably in a safer position than it was,” a senior administration official said.

At that point, the U.S. pivoted to the negotiating table with Russia and Iran. Officials say they had few other options with Obama unwilling to commit American ground troops to Syria, aside from small deployments of Special Operations forces, or provide U.S.-backed opposition fighters with anti-aircraft missiles.

In Munich on Feb 12, Kerry and Russian Foreign Minister Sergei Lavrov announced an agreement for humanitarian access and a “cessation of hostilities” in Syria, far short of a ceasefire.

Today, U.S. officials sound a far different note than in the early days of the uprising against Assad when they said his exit must be immediate. Now, with the war entering its sixth year, they say they must push the diplomatic possibilities as far as possible and insist Kerry is fully aware of what Russia is doing to change facts on the ground.

In congressional testimony on Wednesday, Kerry acknowledged there was no guarantee the “cessation of hostilities” would work, adding: “But I know this: If it doesn’t work, the potential is there that Syria will be utterly destroyed. The fact is that we need to make certain that we are exploring and exhausting every option of diplomatic resolution.”

For the rebels, the reality is bleak.

Government forces have closed in on the city of Aleppo, a major symbol of the uprising. Their supply routes from Turkey cut, rebels in the Aleppo area now say it may only be a matter of time before they are crushed altogether.

“We are heading towards being liquidated I think,” said a former official in a rebel group from the city.

Other fighters remain determinedly upbeat, saying Assad is only gaining ground because of Russian air power and he will not be able to sustain the advances.

For Syrians living under government rule in Damascus, Moscow’s intervention has inspired a degree of confidence. They credit one of the calmest periods since the start of the war to the death of rebel leader Zahran Alloush, killed in a Russian air strike on Christmas Day.

There are few foreign visitors these days. Bashar al-Seyala, who owns a souvenir shop in the Old City, said most of his foreign customers are Russians. His shop had just sold out of mugs printed with Putin’s face.