In a world of youthful leaders, gerontocracies rule Africa

There are many African presidents whose age far outstrips that of their peers on other continents. David Cameron (47), Barack Obama (53), François Hollande (60), Merkel (60), Vladimir Putin (61) – these are striplings compared with the gerontocrats of Africa. Even the Chinese, long committed to respect for the old and wise and venerable, now seemingly have a commitment to presidential and politiburo appointments under the age of 60.

I was reminded of this stark contrast by billboards in Harare, Zimbabwe, where I spent much of the northern summer. They bore a picture of Robert Mugabe, who celebrated his 90th birthday while I was there in February, emblazoned with the slogan: “With age comes wisdom”. The picture was of Mugabe in his 60s.

The Mugabe of 90 is, notwithstanding, a creature of constant rejuvenations. His repeated visits to Singapore for medical treatment of an eye complaint seem also to add a spring to his step that is remarkable for a nonagenarian.

Indeed, at the recent Southern African Development Community summit at Victoria Falls, colleague presidents made two common remarks: that he chaired the summit with amazing vigour, and that his mind seemed to think in terms of a bygone age.

The current president of Tanzania, for example, reportedly took exception to a remark that nothing in his country has equalled the era of Julius Nyerere, who ruled from 1961 to 1985 and died in 1999.

The rumours of Mugabe’s ill health are just that, rumours. For now, he appears robust and able to give the lie to predictions of (or wishes for) his imminent demise. But with age inevitably comes speculation related to health – and the track record of previous aged African Presidents is not encouragement.

Right now, Zambia’s 77-year-old president Michael Sata is probably seriously ill, and has scarcely been seen in public for months – notwithstanding a carefully-staged recent reappearance, framed by orchestrated (or archive) footage of him chairing cabinet meetings. While he struggles with his health, his party, and even his long-time lieutenants, are locked in a vicious struggle to succeed him. 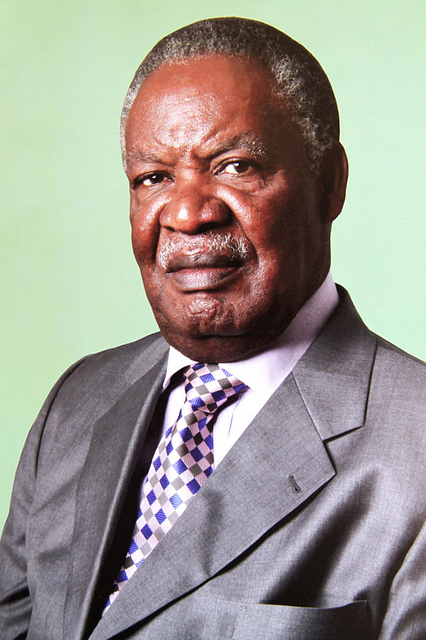 The piquancy here is that Sata’s vice president, Guy Scott, is a white man, and ordinarily, under the constitution, should succeed in the event of the president’s death. But because of a constitutional amendment brought in 1996 to prevent Kenneth Kaunda, with Malawian parentage, from running again, Scott cannot be president because his parents were not born in Zambia.

Zambia’s succession crisis has also therefore become a constitutional crisis – and all the while, the official machinery insists the president is alive and well.

This is not new; it happened before in Zambia when president Levy Mwanawasa was fatally ill – a fact both explicitly denied and hidden from the voting public.

It happened in Nigeria when president Umaru Yar-Ardua was fatally ill, but all was officially denied. His death was compounded by Yar-Ardua’s choice of a “harmless” vice president – who became the hapless president Goodluck Jonathan.

It happened too in Ethiopia, when the death of prime minister Meles Yenawi was hidden from the public – though in this case, the succession of his deputy Hailemariam Desalegn was hammered out behind closed doors with decisiveness, and later, with a show of public solidarity.

All this raises obvious questions. Why wait until presidents and prime ministers are so old and sick they die in office? And in a world of youthful premiers, why the glut of aged, even moribund leaders?

And above all, the inescapable problem: if wisdom really comes with age, Africa’s assorted gerontocracies are governed surprisingly unwisely.

Stephen Chan, Professor of World Politics at SOAS, University of London, does not work for, consult to, own shares in or receive funding from any company or organisation that would benefit from this article, and has no relevant affiliations.