China, US, among those pledging to ratify Paris Agreement 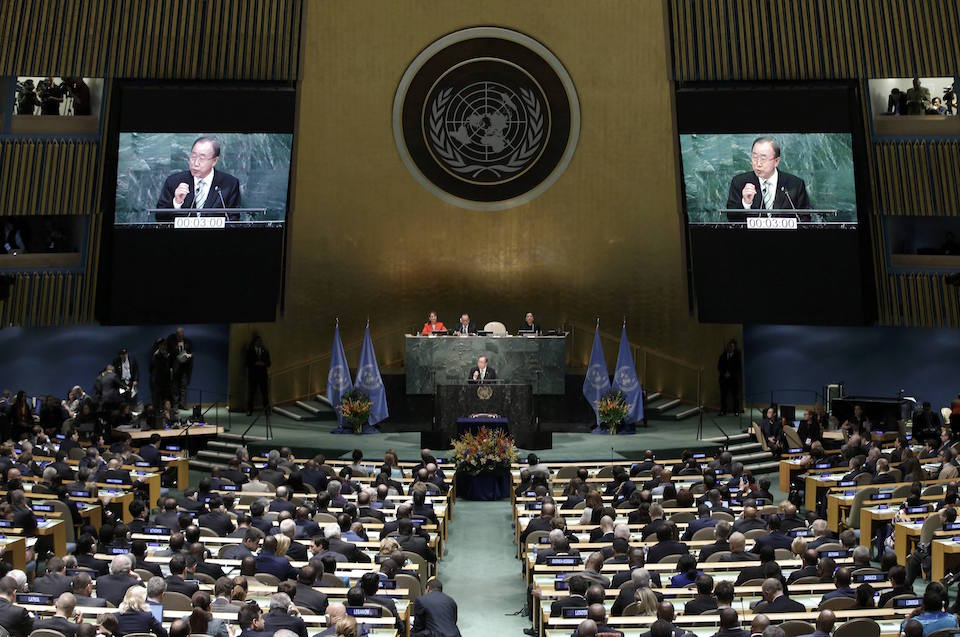 UNITED NATIONS (Reuters) – China and the United States, the world’s top producers of greenhouse gas emissions, pledged to formally adopt by the end of the year a Paris deal to slow global warming, raising the prospects of it being enforced much faster than anticipated. 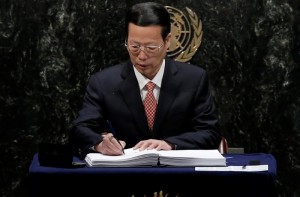 The United Nations said 175 states took the first step of signing the deal on April 22, the biggest day one endorsement of a global agreement. Of those, 15 states also formally notified the United Nations that they had ratified the deal.

Many countries still need a parliamentary vote to formally approve the agreement, which was reached in December. The deal will enter into force only when ratified by at least 55 nations representing 55 percent of man-made greenhouse gas emissions.

China and the United States together account for 38 percent of global emissions.

“China will finalise domestic legal procedures on its accession before the G20 Hangzhou summit in September this year,” China’s Vice Premier Zhang Gaoli told the U.N. signing ceremony, attended by some 55 heads of state and government.

U.S. Secretary of State John Kerry, who signed the deal with his 2-year-old granddaughter Isabelle on his lap, said the United States “looks forward to formally joining this agreement this year.” President Barack Obama will formally adopt the agreement through executive authority.

The deal commits countries to restraining the global rise in temperatures to “well below” 2 degrees Celsius (3.6 degrees Fahrenheit) above pre-industrial levels. But even if the pact is fully implemented, promised greenhouse gas cuts are insufficient to limit warming to an agreed maximum, the United Nations says. 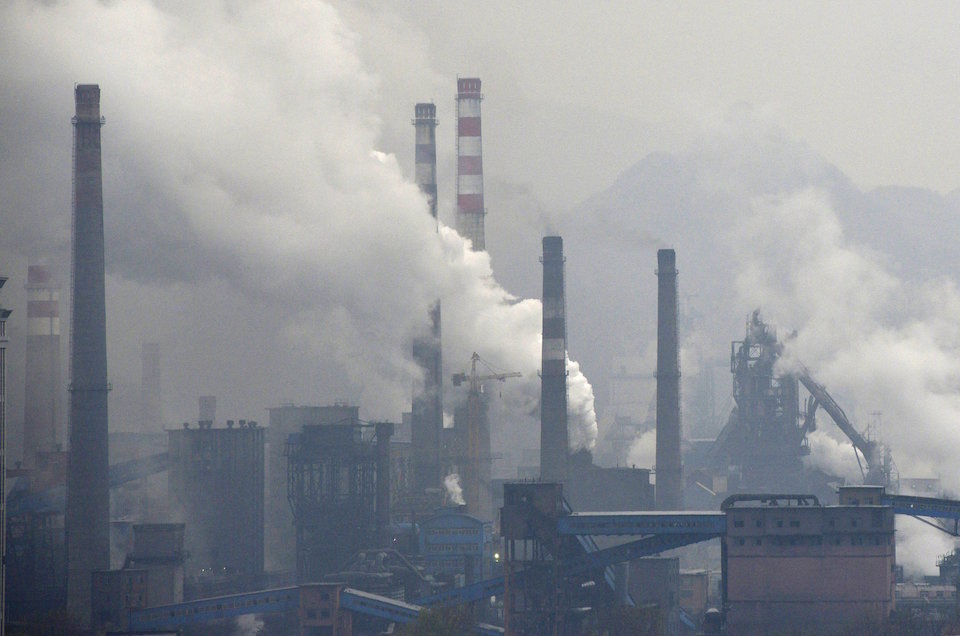 The first three months of 2016 have broken temperature records and 2015 was the planet’s warmest year since records began in the 19th century, with heat waves, droughts and rising sea levels.

“The era of consumption without consequences is over,” U.N. Secretary-General Ban Ki-moon said on Friday. “We must intensify efforts to decarbonise our economies. And we must support developing countries in making this transition.” 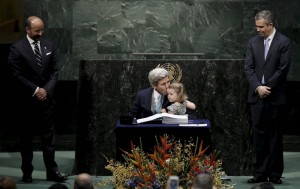 Many developing nations are pushing to ensure the climate deal comes into force this year, partly to lock in the United States if a Republican opponent of the pact is elected in November to succeed Obama, a Democrat.

Once the accord enters into force, a little-noted Article 28 of the agreement says any nation wanting to withdraw must wait four years, the length of a U.S. presidential term.

The deal also requires rich nations to maintain a $100 billion a year funding pledge beyond 2020, providing greater financial security to developing nations to build their defences to extreme weather and wean themselves away from coal-fired power.

“We need to mobilise the necessary financial resources,” French President Francois Hollande said. “We need to ensure that our words become actions.”

The U.N.’s previous climate deal, the 1997 Kyoto Protocol entered into force only in 2005. Kyoto dictated cuts in greenhouse gas emissions only for developed nations, unlike the Paris Agreement which involves both rich and poor but lets all countries set national targets.

The previous first-day record for signatures for a global agreement was set in 1982 when 119 states signed the Convention on the Law of the Sea.

“More countries have come together here to sign this agreement today than for any other cause in the history of human kind and that is a reason for hope,” actor and U.N. Messenger of Peace on climate change, Leonardo DiCaprio told the event, taking place on Earth Day.

“But unfortunately the evidence shows us that it will not be enough. Our planet cannot be saved unless we leave fossil fuels in the ground where they belong,” he said.

Reengineering global economic dependence on carbon pollution requires conscious commitment and action from individuals as well as governments and corporations.