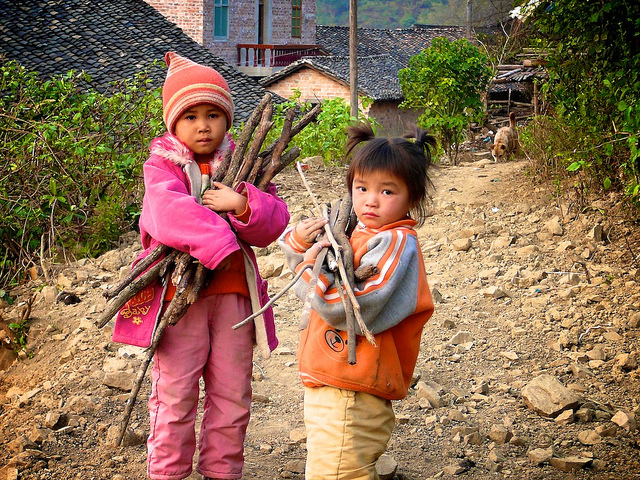 China is scrapping its one-child policy and officially allowing all couples to have two children. While some may think this heralds an overnight switch, the reality is that it is far less dramatic. This is, in fact, merely the latest in an array of piecemeal national and local reforms implemented since 1984.

In fact the change is really a very pragmatic response to an unpopular policy that no longer made any sense. And much like the introduction of the policy in 1978, it will have little impact on the country’s population level.

The overwhelming narrative being presented now is that this is a step to help tackle population ageing and a declining workforce through increasing the birth rate – dealing with the “demographic time bomb”. According to Xinhua, the state news agency, “The change of policy is intended to balance population development and address the challenge of an ageing population.” The party line is that the policy played an essential part in controlling the country’s population and, hence, stimulating GDP growth per capita. It prevented “millions being born into poverty”, but is no longer needed.

Of course, many scholars have disputed this official view. When the one-child policy was introduced, fertility rates had already fallen drastically, though there was an apparent paradox that overall population growth rates were very high.

As well as being unnecessary, the policy has become unpopular because of the heavy-handed actions of some local family-planning politicians who, either through force or corruption, brought the implementation of the policy into ill repute. Indeed, the “social maintenance fees” collected for infringements of the one-child policy were often zealously enforced in order to plug local budget shortfalls. In this sense, you could go as far as seeing the policy change as an indirect result of President Xi’s anti-corruption drive.

Countless studies – as well as the experience of previous policy relaxations – have shown that the likely long-term impact of any reform would be small. Couples who are already eligible to have two children in urban areas, and also increasingly in rural areas, are choosing to have one. This means that the likely impact on overall fertility may be low. In this context, one could see the scrapping of the one-child policy as being a practical, pragmatic response to deal with an increasingly unpopular policy, safe in the knowledge that the long-term implications are likely to be minimal.

This is not to say, however, that the policy change is unimportant. Far from it. We must not forget that for many hundreds of thousands of couples, the change in policy will allow them to fulfil their dream of having a second child.

In the short term, then, there is almost certainly going to be a mini baby boom. In some poorer provinces which have had rather stricter regulations, such as Sichuan, the baby boom may even be quite pronounced. (However, it is likely that an increase in the total fertility rate would have occurred anyway because of what demographers call the “tempo effect”, where postponement of births among one generation leads to an artificially low total fertility rate.) As with anything in China, its sheer size will mean that the numbers will be striking. This will almost certainly lead to some pressures on public services in the future.

The gradual move to a two-child policy is very reflective of the way policy is designed and changed in China. Scrapping the policy completely was not an option. This would have indicated that the policy was, in some ways, “wrong”.

Plus, one must not underestimate the size of the family planning bureaucracy. In 2005, it was estimated that that over half a million staff were directed involved in family planning policy at the township level and above, added to 1.2m village administrators and 6m “group leaders”. Effectively disbanding this overnight would have led to chaos.

But the fact that a change occurred indicates that major further change might lie ahead. Although it sounds counter-intuitive, after 35 years of strict anti-natalist policies, my colleague Quanbao Jiang and I recently argued that a switch to encouraging more children was not inconceivable, with China following the example of its low fertility neighbours in South Korea, Taiwan, Singapore and so on. Indeed, examples already exist of family planning officials in some Chinese provinces encouraging eligible couples to have a second child. Under these circumstances the family planning apparatus could play a critical role after performing a seemingly unlikely ideological shift.

Finally, questions will undoubtedly be asked about the legacy of the one-child policy. While its likely role in driving down fertility has probably been overstated, its role in shaping the highly skewed ratio of boys born compared to girls is widely considered to have been significant. In 2005 there were 32m more men under the age of 20 than women in China.

In my view, we will only really tell some 10-20 years in the future when we will be able to see how fertility in China develops. It may well be that the policy could have been too successful if it transpires that fertility remains stubbornly low. What is the likely psychological impact of 35 years of constant messaging extolling the benefits of one-child families? And how is that internalised? We shall see.

Looking elsewhere in Asia, though, the Chinese government may find that it is much easier to “encourage” people to have fewer children than to have more.

Stuart Gietel-Basten is an Associate Professor of Social Policy, University of Oxford. This article was originally published on The Conversation. Read the original article.

Welcome! Try one story at no charge. If you value our work, please chip in at least .27 per story or $1 for a day site pass, using the “donate” button below. Click here for details.