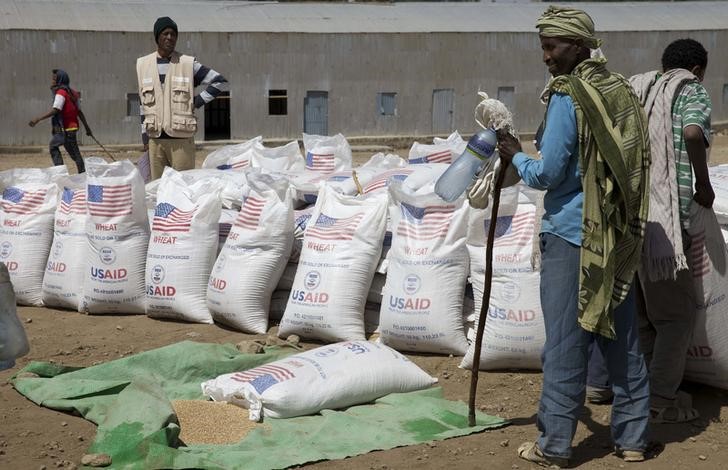 OXFORD, England — (Thomson Reuters Foundation) – Growing global wealth inequality is becoming a fundamental risk to democracy and to economies around the world as more people feel government rules are “rigged” in favour of the rich leave them with few options, investors and governance experts said this month.

“It’s very dangerous,” said Ngaire Woods, dean of the Blavatnik School of Government at the University of Oxford. “If people can’t aspire to succeed within the system, they will aspire … outside the system, in ways that break the system.”

That frustration is feeding into everything from the contentious U.S. presidential race to growing dissatisfaction over the amount of aid money that lands in the hands of rich-nation consultants rather than reaching the poor, experts said at the Skoll World Forum on Social Entrepreneurship in Oxford.

In the United States, for example, “trickle down” economic policies that support tax cuts for the rich with the aim of boosting economic growth and jobs have led to a $2 trillion annual redistribution of wealth from the bottom 99 percent of earners to the top 1 percent over the last 30 years, said Nick Hanauer, a former venture capitalist and now head of Civic Ventures, which aims to drive social change.

If the trend continues, by 2030, the top 1 percent of Americans will earn 37 to 40 percent of the country’s income, with the bottom 50 percent getting just 6 percent, he said.

“That’s not a capitalist market economy anymore,” he warned. “That’s a feudalist system and it scares … me.”

Globally, half of the world’s wealth is now held by just 1 percent of the world’s population, according to a 2015 report by Credit Suisse, a financial services company.

That trend toward greater inequality – driven in part by tax policies and shifts such as the growing power of corporate lobbyists in the United States – is leading to the increasing belief that political systems can no longer deliver results for many people, said Darren Walker, president of the U.S.-based Ford Foundation.

Many people feel that “the political apparatus of democracy is corrupted” and the result is “dissatisfaction by huge swathes of the population about the potential of democracy to deliver anything of value and meaning to their lives,” he said.

It is also putting the United States in an odd spot when it comes to enforcing anti-corruption rules overseas, including in the aid business, he said.

U.S. aid groups ask, “Can we really trust Africans to spend this money in the way Congress has appropriated?” Walker said. “People say, ‘Poor you, you have to bring a suitcase of money when doing things in Africa.'”

“But we have the same thing in the United States – but you don’t have to bring a suitcase. You bring a check. And you get the same effect. You give it to the officials’ fundraiser and say, ‘By the way, I need you to do this for me,'” he said.

“It’s no different (except) it’s legal,” he added. “We need to (see) our own culpability in this inequality.”

Aid agencies and social enterprises – businesses that strive for social good as well as profits – also are part of the problem when huge sums of money they spend on bringing people out of poverty in poor countries end up in the pockets of rich-world consultants, the experts said.

Donors “make a lot of fuss holding us to account on the money we get,” Woods recalled a frustrated representative of an Indonesian organisation saying. “But for every dollar we get, 80 cents stays in the beltway (around Washington DC),” she said.

Many organisations – including USAID – are now trying to improve that percentage, delegates at the Skoll Forum said. But progress in helping aid recipient countries build their own systems to take care of their own problems has been slow.

The goal of giving “capacity building grants”, Walker said, should be to make sure “you don’t need to go back to Africa. So there is a rich, robust civil society there. That’s the vision, and we’re a long way from it.”

Investing more in civil society groups in poor countries, rather than just U.N. organisations, is one way of bringing change, said Degan Ali, the executive director of Adeso, a local charity working in Somalia and the Horn of Africa.

Reversing growing inequality will depend largely on revamping government policies and making rules fairer, changes that often need to be driven by public pressure, panelists said.

Those might include everything from ensuring that civil servants don’t change with each election to eliminating private schools to drive funding into improving state-run schools, the panelists and audience members said.

Woods noted that her own university education in New Zealand was funded by taxes. “That opportunity is one we’re all agreed is open to far too few people today. We have to think about why,” she said.