In February, 1982, Billy Stafford’s wife blew his brains out as he slept, drunkenly slumped behind the steering wheel of his pickup truck near their home at Bangs Falls, Nova Scotia. 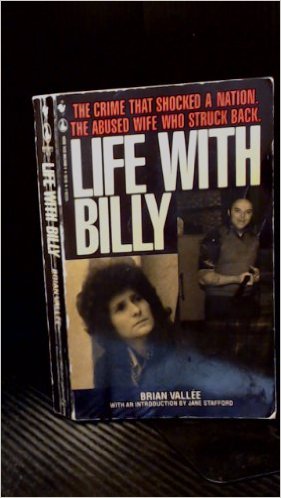 It was a turning point for Jane Hurshman Corkum, and for public understanding of wife-battering. First her trial, and later a book, focused attention on the horrifying tale of her life.

Now Hurshman Corkum too is dead. Her body was found February 23 in her car, parked in an empty lot on the Halifax waterfront. A bullet had been fired into her chest.

As women’s groups prepare for a vigil in her honour in Halifax tonight, some worry that Hurshman Corkum’s message – that there is hope even after a lifetime of abuse – will be diluted by her death.

“I think we’re all afraid it may be a step back,” said Elizabeth Forestell of the Elizabeth Frye Society in Nova Scotia.

“I’m hoping she will remain in the eyes of other survivors as a symbol of hope,” said Debi Forsyth-Smith of the Nova Scotia Advisory Council on the Status of Women. “More than anything else, she riveted our attention on wife-battering … her case began in 1982, and the work on wife- battering was really just beginning then.”

Hurshman Corkum’s legal case eventually helped to broaden the legal definition of self-defence, and she was one of a handful of nationally prominent women who spoke out about abuse they had suffered.

Before she died, Hurshman Corkum received two letters and three phone calls threatening her, said Constable Dave Pike of the Royal Canadian Mounted Police. Police will not discuss details of the threats, but friends say the letters and calls told her to stop speaking about abuse of women, or she would be stopped.

On February 23 a passer-by found Hurshman Corkum’s body in a dark blue four-door Ford owned by her husband of nearly six months, Joel Corkum. Only the driver’s-side door was locked. Beside her was a .38-calibre revolver, about 50 years old, of still-uncertain ownership.

Autopsy results showed she died from a bullet fired into her chest that had hit her heart and right lung.

The autopsy report said the bullet wound was consistent with suicide, but that murder was possible.

Why was Jane Hurshman Corkum found shot to death in her car in Halifax, a decade after she blew out her husband’s brain as he slept?

Police said the small, soft-spoken woman with brown hair left her house near Dartmouth, which she shared with her husband and two of her three sons (aged 15, 19 and 27) from previous marriages, at 8 p.m. on Friday, February 21.

She was supposed to arrive before midnight for her shift as a certified nursing assistant at a rehabilitation centre near her home. At 1 p.m. she was reported missing to the RCMP by her family and co-workers.

Suggestions by police and the medical examiner that Hurshman Corkum may have killed herself have sparked a raging debate among the women’s support groups she was involved with. Her friends and acquaintances refuse to accept that she would have given up now, after all she’d been through.

Forestell says Hurshman Corkum placed her family first, was happy in her third marriage and was committed to her work.

She was born Jane Hurshman 43 years ago into a home where her father routinely battered her mother, according to the 1986 book Life with Billy, on which she co-operated with journalist Brian Vallee. Her first marriage failed, and in the 1970s she formed a common-law relationship with Stafford, who also came from a violent home. (His father once burned Billy’s hands to teach the child not to steal.)

She was Stafford’s third wife. Testimony at her trial showed he had beaten his two previous wives and their children, and he threatened to kill Hurshman Corkum, her parents and sister if she left him. He beat up her father. He beat her unconscious many times, forced her to perform sexual acts with a dog and shot at her in the house and garden. He weighed more than 250 pounds and drank heavily. His violence got him blacklisted from jobs as a fisherman on most local ships. At the trial, his wife’s life with him was compared to that of a prisoner in the Auschwitz death camp.

On March 11, 1982, Stafford, 41, told his wife that he was going to beat up one of her two sons from a previous marriage and burn out the elderly woman who lived next door. Hurshman Corkum testified at her trial that after he passed out from drinking in the truck, “I finally said to hell with it, I wasn’t going to live like that any more … I put the gun in the window and pulled the trigger.”

She was charged with first-degree murder. To her astonishment and that of most lawyers watching the case, a jury found her not guilty. The Crown appealed; she pleaded guilty to manslaughter and was sentenced to six months in jail and two years’ probation.

When her probation ended in 1986, Hurshman Corkum quietly began a public campaign against domestic violence which included supporting Vallee’s book, one-on-one counselling with all women who asked her help, and telling her own story in public.

“People don’t look at wife-battering as a criminal offence; it’s just accepted,” she told me in a 1986 interview. “It is a crime …There could be publicity for reporting wife-battering …and doctors and lawyers could be made more aware of the signs. The change in attitudes should start in schools.”

Her memorial service was held Friday in Mahone Bay on the South Shore. A eulogy by Rev. Margie Whynot, who said Hurshman Corkum’s example inspired her to leave an abusive relationship and become a minister, said of the dead woman that she unstintingly helped others, that everybody took from her, but that she did not heal her own wounds.

Originally published in The Globe and Mail, March 2, 1992