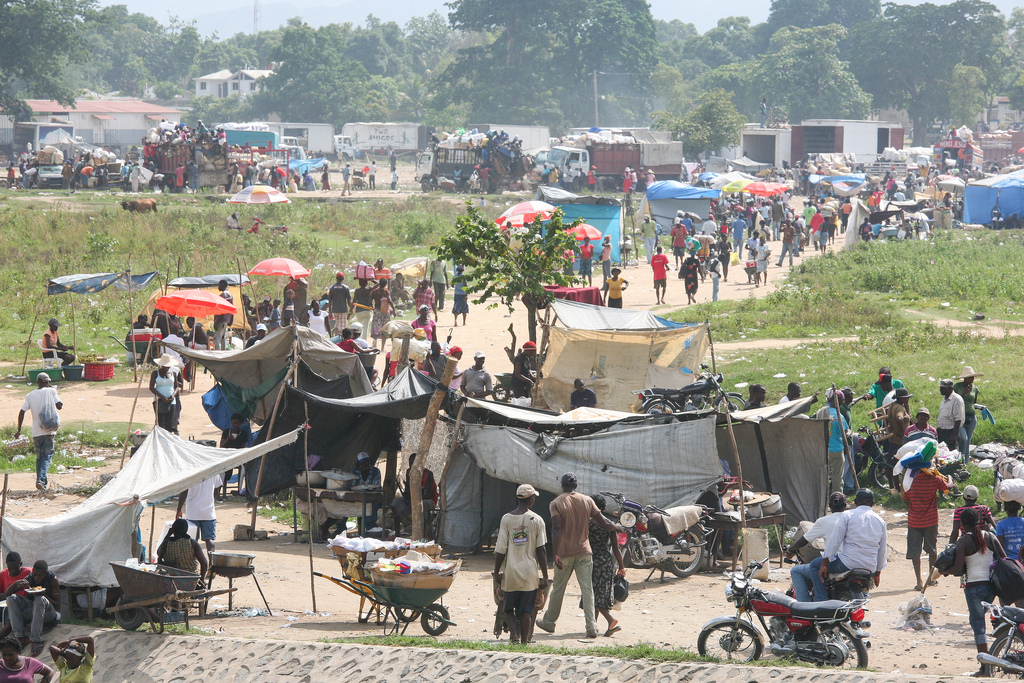 At the border of Haiti and the Dominican Republic. Photo by Alex Proimos via Flickr, Creative Commons

Just because people feel that they are a national of a country does not mean the state necessarily agrees. While tourists flock to the Dominican Republic – the most visited destination in the Caribbean – few are aware of the struggle that tens of thousands of people are currently facing to prove their right to a Dominican nationality. 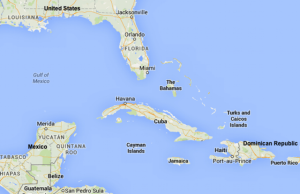 Born and raised in the country, many had the birth certificates, ID cards and passports to prove it. Yet the state is claiming that for over 80 years a bureaucratic mistake led them to issue this documentation. Those affected have been left stateless.

The DR shares an island with Haiti. For almost a century Haitians were a cheap source of labour for the sugar industry. As economic interests shifted, migrants and their descendants moved into different professions from construction to domestic labour. Tens of thousands settled in the country and had children. Their children had children.

But Dominicans of Haitian descent have found it increasingly difficult over the past ten years to obtain or renew state-issued documentation. From 2007 the authorities began to reject the birth registrations of native-born people with French-sounding names (meaning Haitian ones) or presumed to have one or more Haitian parents. The DR also retroactively redefined the criterion it used to define foreigners born in the country, withholding documentation from thousands of people.

Then in 2013, a constitutional court ruling validated these practices and effectively stripped the Dominican nationality of all citizens of undocumented parents born between 1929 and 2007 – affecting some 210,000. The court also ordered a revision of the civil registry so that all those “erroneously” recorded as Dominicans could be identified.

The Caribbean Community (CARICOM), which represents the region, was among those who were outraged. It called the ruling “abhorrent and discriminatory” and refused to accept the country’s application to join the organisation.

Bowing to national and international pressure, last May the DR adopted a new law that stipulated that those whose births had been registered (and whose families had formal migrant status) could apply for citizenship. The remainder, an estimated 110,000, were told to apply for foreign residency permits with a view to being able to apply for naturalisation two years later. This was despite their having been born in the country and in many cases having long self-identified as Dominican.

Time is now running out for both groups. A deadline which expired in February has left less than 5% of the estimated 110,000 in the second group registered. Amnesty International has expressed concern that any in the first group remain in legal limbo, having either registered and not received documentation or failed to register. It is not clear how many people fall into this first category. From June 16 the government will be entitled to deport everyone without documentation, with the second group thought particularly at risk.

Politicians in the DR have long invoked the “Haitian question” for political and economic gain. Dictator Rafael Trujillo, who ruled the DR between 1930 and 1961, promoted the racist ideology of an imagined “white” Dominican superiority over Haitians. In 1937 he ordered the deaths of an estimated 20,000 Haitians and Dominicans of Haitian descent residing on the border.

In the 1990s the popular three-times DR presidential candidate Peña Gómez, a black man who was orphaned in the 1937 massacre, had to endure the opposition playing on his Haitian roots and using crude stereotypes to attack his legitimacy as a candidate.

In his final run in 1996, Gómez narrowly lost to Leonel Fernández, who has since dominated the Dominican political scene. He is back in the running for the presidency in 2016, pandering to the sentiments of neo-nationalists at a time when their fervour has reached fever pitch. Lately we have seen Dominicans marching against illegal first-generation Haitian immigrants in the capital Santo Domingo, and burning a Haitian flag in the second city of Santiago.

Although these anti-Haitian protests are only by a small part of the population, this is the context of the registration row. The Dominican government wants the debate to focus on the country’s tensions with Haiti as this clouds the fact that it has withdrawn citizenship from its own citizens. Those stripped of their identity have even been accused of deception and fraud by deceiving the state into believing that they might ever have been Dominicans.

By invoking the secret “Haitianness” of this group, and by talking about them in the same sentence as first-generation Haitian migrants, black Dominicans have become the ideal political fodder for a ruling elite keen to galvanise votes by revving up racial tensions.

The Dominican state appears to have successfully created a group of re-categorised second-class citizens, administratively segregated from fellow citizens and made to jump through bureaucratic hoops to obtain their citizenship. They are unable to contribute. They cannot work legally. Their children cannot go to school.

They face expulsion to a country many do not know, where they have no family ties and whose language they do not speak. Even if they are not deported, the threat will presumably hang over them and they will have formally lost their status as equals within the DR.

For Dominicans of Haitian descent, many are discovering that despite what their paperwork may say, they are foreigners in their country of birth. It is hard to escape the conclusion that for the Dominican state, they were never really citizens in the first place.

Eve Hayes de Kalaf is a PhD Student, Centre for Citizenship, Civil Society and Rule of Law, at the University of Aberdeen