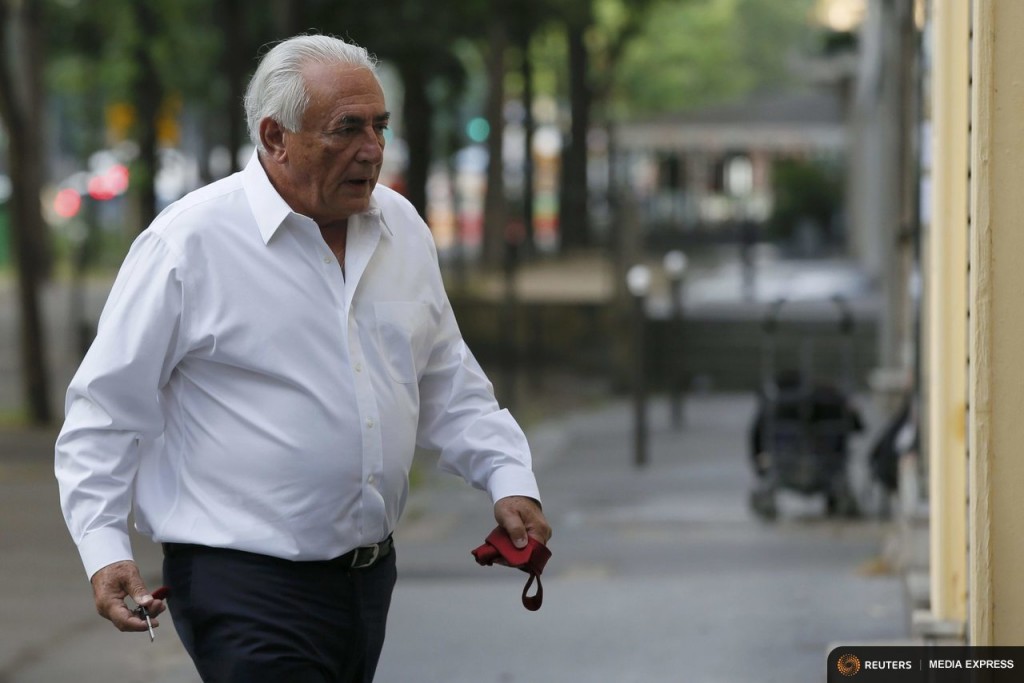 Former IMF head Dominique Strauss-Kahn holds keys and a tie as he walks towards his apartment in Paris, France, June 12, 2015. REUTERS/Gonzalo Fuentes 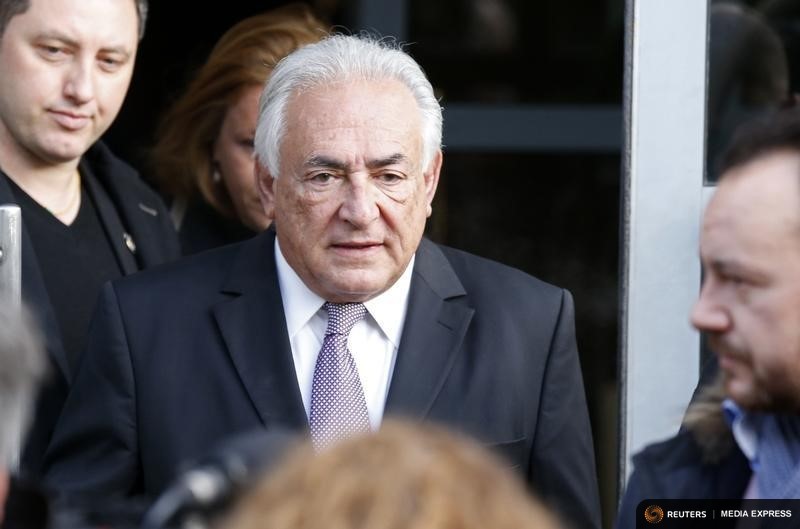 Former IMF head Dominique Strauss-Kahn leaves his hotel to attend the trial in the so-called Carlton Affair, in Lille, February 18, 2015, where 14 people including Strauss-Kahn stand accused of sex offences including the alleged procuring of prostitutes. REUTERS/Pascal Rossignol

LILLE, France (Reuters) – Dominique Strauss-Kahn was acquitted of sex crime accusations by a French court on Friday June 12, the final chapter in a transatlantic scandal that destroyed the political ambitions of a man once tipped to become his country’s president.

A court in the northern city of Lille dismissed charges that the former International Monetary Fund chief’s sexual escapades with prostitutes amounted to “aggravated pimping” — the charge on which French magistrates sent him to trial.

The verdict came four years after sex assault accusations by a New York hotel maid ended his political ambitions and forced him to step down as head of the Washington-based IMF and ends Strauss-Kahn’s legal battle on both sides of the Atlantic.

But local media said the damage to his reputation after four years of occasionally salacious revelations about his sexual practices almost certainly ruled out a political comeback.

“He cannot be attributed the role of instigator,” judge Bernard Lemaire said when reading out a verdict in the presence of Strauss-Kahn and 13 others. “He just availed of the sexual services of a group.”

Strauss-Kahn and his lawyers had argued that he was a “libertine” with an appetite for rough sex but was unaware that women he frolicked with at parties and hotels in Paris, Lille and Washington, mostly while in the IMF post, were prostitutes.

Since returning to Paris after his IMF stint in Washington abruptly ended, Strauss-Kahn has sought to start a new life with a now-troubled venture in investment banking and a new female partner, after celebrity journalist wife Anne Sinclair left him.

In the so-called Carlton affair, named after a luxury hotel in Lille, the acclaimed economist and French finance minister of the late 1990s was tried with 13 others on charges that he instigated sex parties with prostitutes. He flatly denied any wrongdoing.

While frequenting prostitutes is not a crime in France, procuring them is. A conviction on charges of “aggravated pimping” can carry a sentence of up to a decade in prison and a fine of up to 1.5 million euros ($1.7 million).

The Lille ruling closed a saga that began live on TV when Strauss-Kahn was shown walking handcuffed through New York streets after police escorted him off a plane about to leave for Europe.

The affair felled one of the world’s most powerful financial policymakers days before he planned to announce his candidacy in France’s 2012 presidential election. “DSK”, as he is known to many French, was runaway favourite in opinion polls at the time.

Strauss-Kahn has since set up his own business consultancy firm. Media talk of a political comeback fizzled out long ago.

He has made appearances at banking conferences as a paid guest speaker and took part in a troubled investment venture with a partner who committed suicide.

Anne Sinclair, the ultra-wealthy heiress to an art dealer family’s assets, split from Strauss-Kahn after their return to Paris and has since returned to work in the French media.

Ivan Levai, Sinclair’s partner before she met Strauss-Kahn, told BFM TV on Friday acquittal would allow the former French finance minister open a new chapter in his life but that he was politically ruined.

BFM TV said Strauss-Kahn’s only reaction before vanishing from the courtroom was a whisper to his daughter and new partner: “All that for what? Such destruction.”