Canada’s top court greatly expanded aboriginal rights in Canada’s westernmost province, in what may stand as a landmark decision affecting control of a vast swath of land and resources, in British Columbia and beyond.

The case, Tsilhqot’in Nation v. British Columbia, was sparked in 1983 when the provincial government licenced a commercial company to log the Chilcotin. The licence was disputed by the Chilcotin residents who lived there long before the mid 1800’s when — without their consent — England claimed the land as a colony, and named it British Columbia.

Today the Supreme Court of Canada granted a historic “declaration of Aboriginal title,” and ruled the province of British Columbia had breached its duty to consult with the Tsilhqot’in Nation on the licence.

The ruling matters greatly because the logging dispute is just one of a myriad of specific complaints embedded in hundreds of historic, sweeping and unresolved aboriginal claims that cover almost the entire province. Today’s decision will have an impact on each and every one of them.

British Columbia is a land of lush coastal rain forests rising eastward to towering mountain ranges interspersed with forested valleys and grassland plateaus. Its 944,735 square kilometres are now home to some 4.6 million people whose origins span the globe. The last reliable federal census, in 2006, estimated the province’s remaining aboriginal population at 196,075.

Disputes between aboriginals, governments and corporations are constant, and currently waged over mines, oil and gas development, pipelines including proposals by Enbridge and Kinder Morgan to pipe bitumen from the Alberta oil sands to the west coast, and fishing, forestry, and agriculture operations. 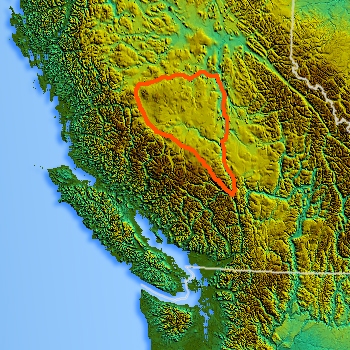 The Tsilhqot’in are famous for the so-called Chilcotin War, in which aboriginals killed workers building a road through their territory in 1864. In 1983 they issued a declaration of sovereignty. They were never going to accept commercial logging on their territory without a fight.

The battle was soon joined by the federal and other provincial governments, business and industry groups, interest groups, other aboriginal organizations and even Amnesty International.

It wound its way through provincial courts and conflicting rulings for decades. For the Supreme Court dénouement last fall William led band members on a cross-Canada tour to the court hearing in Ottawa.

Said the country’s top court: “Occupation sufficient to ground Aboriginal title is not confined to specific sites of settlement but extends to tracts of land that were regularly used for hunting, fishing or otherwise exploiting resources and over which the group exercised effective control at the time of assertion of European sovereignty.”

Advocates of aboriginal title immediately claimed the ruling will have an impact on Canadian territory far beyond British Columbia.

“This is a win not only for First Nations across Canada, it’s a win for the province and the country,” Roger William told iPolitics.

“This is the first time a declaration of Aboriginal title has ever been granted by a Canadian court,” noted the national Assembly of First Nations in a statement. “This is truly a landmark decision that compels us all to embark on a new course,” the statement quoted assembly spokesperson Ghislain Picard. “The court has clearly sent a message that (governments) must take Aboriginal title seriously and reconcile with First Nations honourably.  This decision will no doubt go down in history as one of the most important and far reaching ever rendered by the Supreme Court of Canada.”

The provincial government reacted with caution to the loss and said it would take time to analyse the ruling. Attorney General Suzanne Anton told a morning press conference in Vancouver the ruling provides clarity, and added, “we believe it will be very helpful.” She noted the court case was lengthy, and stressed the province’s desire to negotiate rather than fight via lawyers. “We all know the success that come when we choose to negotiate rather than litigate. When that happens we all win.”

The federal government released a statement that also said it would take time to review “complex and significant legal issues.” It quoted Bernard Valcourt, Minister of Aboriginal Affairs and Northern Development: “the best way to resolve outstanding Aboriginal rights and title claims is through negotiated settlements that balance the interests of all Canadians.”

Today’s ruling altered and refined the raw balance of competing rights on which Canada was founded, and teeters.

At the very least, it gives aboriginal groups a much stronger hand: it may not preclude governments from infringing on First Nations, but it clearly requires them to honour duties owed aboriginals under section 35 of Canada’s 1982 Constitution Act. The province’s logging licence granted in the Chilcotin, said the court, was “inconsistent with its duties owed to the Tsilhqot’in people.”

“For centuries the Tsilhqot’in Nation, a semi-nomadic grouping of six bands sharing common culture and history, have lived in a remote valley bounded by rivers and mountains in central British Columbia.  It is one of hundreds of indigenous groups in B.C. with unresolved land claims. In 1983, B.C. granted a commercial logging licence on land considered by the Tsilhqot’in to be part of their traditional territory.  The band objected and sought a declaration prohibiting commercial logging on the land.  Talks with the province reached an impasse and the original land claim was amended to include a claim for Aboriginal title to the land at issue on behalf of all Tsilhqot’in people.  The federal and provincial governments opposed the title claim.”

“The task is to identify how pre-sovereignty rights and interests can properly find expression in modern common law terms.  Aboriginal title flows from occupation in the sense of regular and exclusive use of land.  To ground Aboriginal title “occupation” must be sufficient, continuous (where present occupation is relied on) and exclusive.  In determining what constitutes sufficient occupation, which lies at the heart of this appeal, one looks to the Aboriginal culture and practices, and compares them in a culturally sensitive way with what was required at common law to establish title on the basis of occupation.  Occupation sufficient to ground Aboriginal title is not confined to specific sites of settlement but extends to tracts of land that were regularly used for hunting, fishing or otherwise exploiting resources and over which the group exercised effective control at the time of assertion of European sovereignty.”

“Aboriginal rights are a limit on both federal and provincial jurisdiction.  The problem in cases such as this is not competing provincial and federal power, but rather tension between the right of the Aboriginal title holders to use their land as they choose and the province which seeks to regulate it, like all other land in the province.  Interjurisdictional immunity — premised on a notion that regulatory environments can be divided into watertight jurisdictional compartments — is often at odds with modern reality.  Increasingly, as our society becomes more complex, effective regulation requires cooperation between interlocking federal and provincial schemes.  Interjurisdictional immunity may thwart such productive cooperation.”

In the result, provincial regulation of general application, including the Forest Act, will apply to exercises of Aboriginal rights such as Aboriginal title land, subject to the (Canadian Constitution)  s. 35  infringement and justification framework.  This carefully calibrated test attempts to reconcile general legislation with Aboriginal rights in a sensitive way as required by s. 35  of the Constitution Act, 1982  and is fairer and more practical from a policy perspective than the blanket inapplicability imposed by the doctrine of interjurisdictional immunity.  The result is a balance that preserves the Aboriginal right while permitting effective regulation of forests by the province.  In this case, however, the Province’s land use planning and forestry authorizations under the Forest Act were inconsistent with its duties owed to the Tsilhqot’in people.

Who was involved in the case?

The main parties are:

Her Majesty The Queen in Right of the Province of British Columbia, Regional Manager of the Cariboo Forest Region and Attorney General of Canada