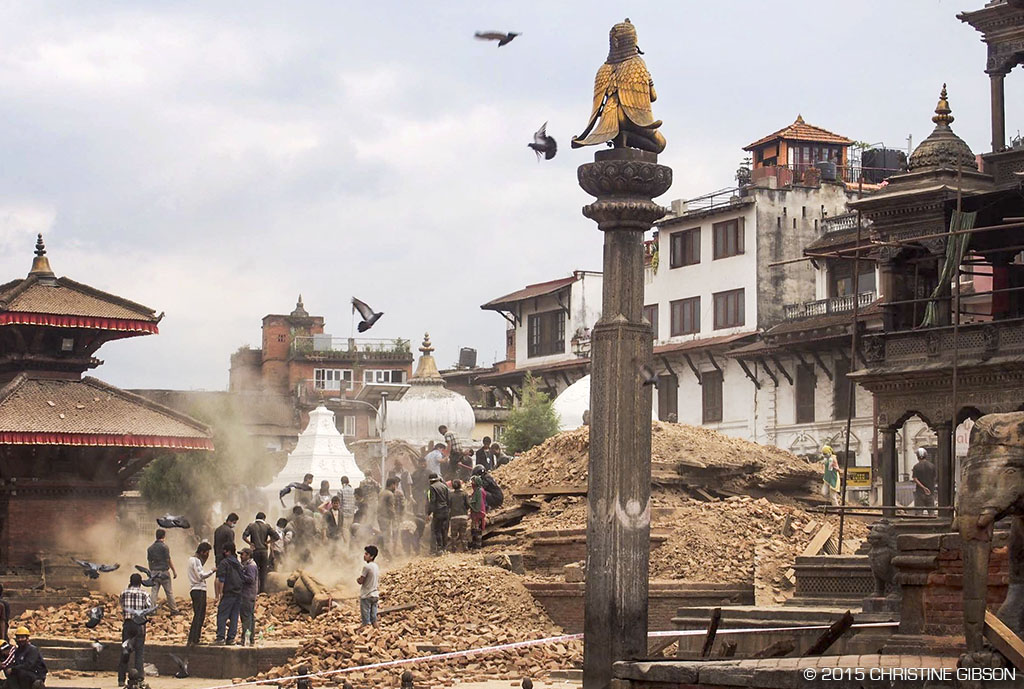 The massive earthquake that shattered Nepal on Saturday came as no surprise to anyone. The country sits atop one of the world’s most seismically dangerous places. There have been countless warnings about Nepal’s rickety infrastructure, haphazard housing, lax building codes, and rampant urban development. There was even a warning a few weeks ago that a quake was imminent, precisely where it occurred. 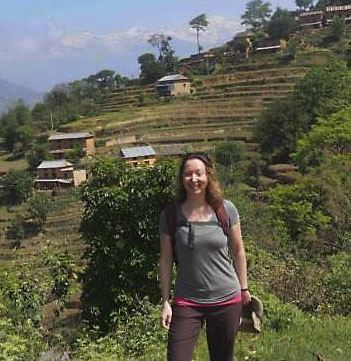 As of Monday, in the wake of the 7.8-magnitude earthquake, more than 4,000 were reported killed in Nepal, 7,000 injured, and thousands more were homeless. Sixty climbers on Mount Everest died and another 200 were trapped on the mountain due to massive avalanches and landslides. Some 90 people were also killed in neighbouring China and India.

The devastation still being tallied by Nepalese authorities can be blamed, as simply as anything in this world is simple, on a deadly mix of human failures in soft governance and hard science.

The long-term fix to Nepal’s challenges will be anything but simple.

Outside relief was hampered by difficult geography, roads blocked by landslides and crumpled structures, and a general lack of infrastructure and organization. By Monday it was trickling in to at least major centres from donor countries, the United Nations, and organizations like Medicins Sans Frontieres and the Red Cross.

In the short term, even as their world continued to shake, Nepalese set out to help themselves and each other.

“So far we have seen no foreign relief; this is Nepal helping Nepal,” Canadian hospitalist Christine Gibson, who was volunteering in Patan, Nepal, when the earthquake hit, posted on Facebook early Monday. “The hospital has been incredible, but the work will be done by the time the Western “heroes” arrive.”

Gibson, founder of the Global Familymed Foundation to train doctors around the world — and the creator of the Patan photos on this page —  requested  donations be sent to the Patan Academy of Health Sciences (see notes).  Disclosure: Christine Gibson is my cousin.

Nepal’s earthquake is a “told you so” moment for local and global disaster specialists — and perhaps a wake-up call for other countries atop seismic danger zones.

For some time scientists have realised that the Kathmandu valley is one of the most dangerous places in the world, in terms of earthquake risk. And now a combination of high seismic activity at the front of the Tibetan plateau, poor building standards, and haphazard urbanisation have come together with fatal consequences.

The magnitude 7.9 earthquake that hit Nepal hit just before noon, local time, on Saturday around 48 miles north west of Kathmandu. The Indian tectonic plate is driving beneath the Eurasian plate at an average rate of 45mm per year along a front that defines the edge of the Tibetan plateau. This force created the Himalayas, and Nepal lies slap bang along that front. The quake was shallow, estimated at 12km depth, and devastating as the Indian crust thrust beneath Tibet one more time.”’

The Earthquake Hazards Program of the United States Geological Survey earlier predicted massive fatalities for Nepal — from 10,000 to 100,000 — from a major area earthquake. “The predominant vulnerable building types are unreinforced brick masonry and rubble/field stone masonry construction,” the survey noted, warning of secondary hazards like landslides.

The science is incontrovertible, but an earthquake drives home the importance of governance. It is, literally, a matter of life and death. Choosing what actions to take, choosing the best people to implement them, setting up safeguards against both abuses of power and incompetence, are all choices, made far more difficult in a society ravaged by poverty, lack of education and corruption.

Nepal’s dysfunctional politics stood in the way of disaster preparedness and response, said experts. The monarchy that ruled the country for a century was ousted in 2008, but Nepal’s transition to a secular democratic republic was hijacked by quarrelling factions left over from years of battles between Maoists, royalists and new political players.

The result, on the ground, has been political chaos. A World Bank report in 2013 noted, “Unplanned urban development in the Kathmandu Valley has led to rapid and uncontrolled sprawl; irregular, substandard, and inaccessible housing development; loss of open space, and decreased livability. It has also increased vulnerability to disasters, making Kathmandu one of the most earthquake-vulnerable cities in the world.”

Kunda Dixit, editor of The Nepali Times, wrote in the New York Times, “After a decade of conflict between the government and Maoist insurgents, Nepal’s politicians have been too busy battling one another, most recently over constitutional reform, to treat disaster preparedness as a priority. There have been no elections at the district, village or municipal level for almost two decades, and the committees that run local councils aren’t organized to coordinate emergency assistance.”

Nepal has lurched from one crisis to the next, “noted international affairs writer Ishaan Tharoor in the Washington Post, “the national interest held hostage to the quarrels of feuding political parties.  … Simmering tensions between the Maoists, royalists and more-centrist political parties have led to coalition governments forming and swiftly collapsing, while protests and strikes paralyze the country.”

Today Nepal is being paralyzed by natural disaster. Constant aftershocks are being reported throughout the country, and further massive earthquakes are predicted by experts — possibly lasting for years. Soon the monsoon season, which begins around mid-June, will raise the risk of landslides, which can account for half of the deaths in an earthquake event. Health officials are already warning of disease outbreaks.

Nepal’s political upheavals left the country unprepared for natural disaster. At least for now, nature trumps politics. And, as always, it is ordinary citizens who are crushed by forces beyond their control.

NOTE: This story was updated May 1 to include the last sentence concerning citizens, which had been dropped in the previous version, as well as add a link to Jonathan Manthorpe’s April 30 International Affairs column.

The science behind the Nepal earthquake, By Mike Sandiford, CP Rajendran, and Kristin Morell, Facts and Opinions: http://www.factsandopinions.com/dispatches/science/the-science-behind-the-nepal-earthquake/

Simon Redfern, Earth Sciences professor at the University of Cambridge, in The Conversation:  https://theconversation.com/nepal-shows-its-vulnerability-after-devastating-earthquake-40799 wrote: quote: 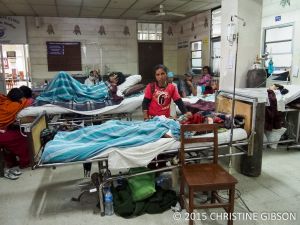 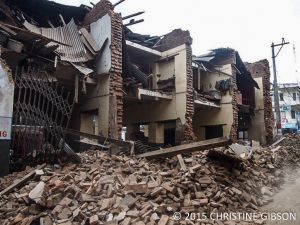 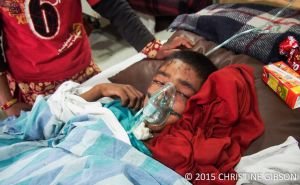 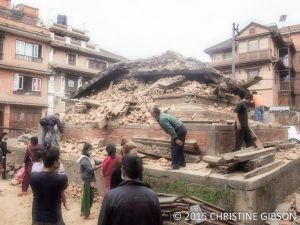 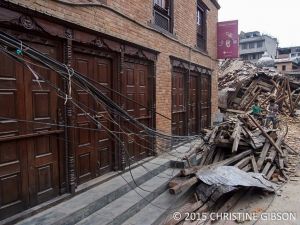 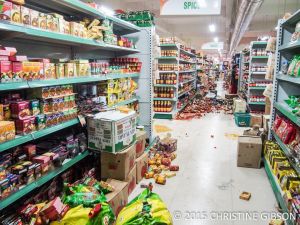 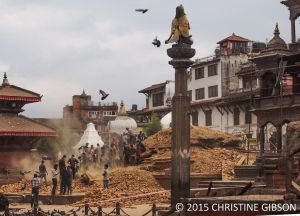 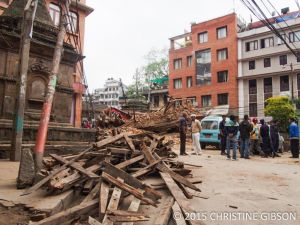 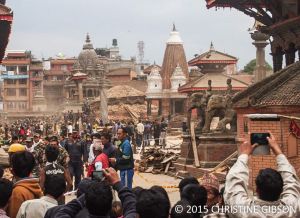 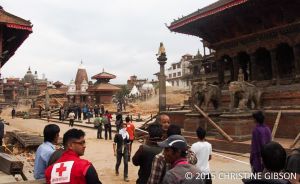 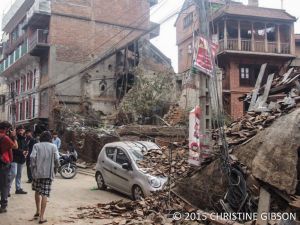 Facts and Opinions is an online journal of select and first-rate reporting and analysis, in words and images: a boutique for select journalism, without borders. Independent, non-partisan and employee-owned, F&O performs journalism for citizens, funded entirely by readers. We do not carry advertising or solicit donations from foundations or causes. To receive F&O’s free blog emails fill in the form on the FRONTLINES page.

In lieu of our usual appeal to subscribe and support our journalism, we urge you to consider making a donation, as suggested above, to aid Nepal.