How to make seal flipper pie

How to make seal flipper pie

Goulds, Newfoundland — The spring seal hunting season opens this week on Canada’s Atlantic coast with hunters and fishermen from Newfoundland, Labrador, Quebec and the Maritime provinces heading out onto the sea ice to hunt seals. Don’t worry folks, contrary to the fundraising lies and propaganda of many animal rights organizations seals are not an endangered species ….and no “baby” seals gave their lives for this story. In fact, real marine mammal scientists estimate there are 7.3 million seals in waters of the Labrador Sea north of the island of Newfoundland. 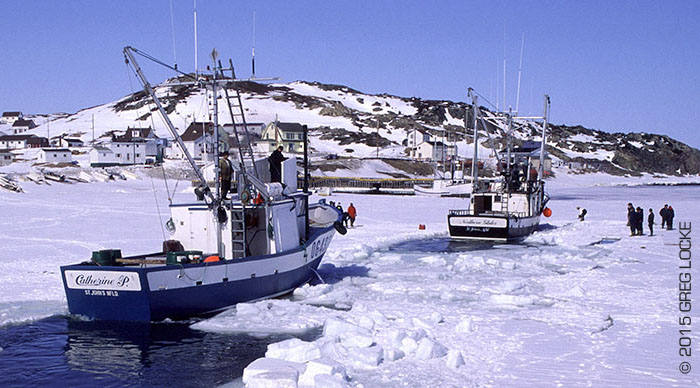 Fishermen making their way through the ice in Twillingate, Newfoundland on the way to hunt seals. Photo by Greg Locke © 2015 …click to enlarge.

Risking your life out on the ice floes is where our quest for the perfect seal flipper pie begins. You have to catch your seal.  It’s been going on for 400 years. Cod, whales and seals were the business and commerce that led to the English, French, Basque and Portuguese exploring and setting up colonies in the north west Atlantic.

Yes, it’s true, many Newfoundlanders cannot abide the sight, smell or taste of seal meat but this traditional dish has a long history in the fishing villages of the province come the spring of the year after a long lean winter. “March is the leanest month”, is the saying on Fogo Island. With winter supplies of food running out and the cod fishing season still a couple of months off, the seal hunt was essential in the subsistence economy.

Why the seals flippers you ask? Well, they are kind of like the chicken wings of seal meat. It was the one thing on the seal that was of little value to buyers. The high value fur, meat and seal oil was sold for cash and the fishermen kept the flippers for their pot.

In modern times stewing and BBQ have become popular and the chefs of the high end restaurants in St. John’s are finding new ways to present seal in Newfoundland nouvelle cuisine. Chef Todd Perrin at Mallard Cottage in Quidi Vidi Village is leading the charge of the newfound foodie culture.

But, today we’ll visit the kitchen at Bidgood’s Traditional Foods in Goulds, Newfoundland for their recipe of this popular meat pie.

Place meat in a bowl and add water and vinegar to cover. Let sit for 1 hour; remove meat and dry well. Fry meat in fat-back pork, turning until browned on both sides. Add salt, pepper and onion. Cover and simmer for 1 hour. Place carrot and turnip around meat. Add screech and 3 cups (750 mL) water. Cover and bake at 300F (150C) for 1 hour, adding mixture of flour and water to thicken if desired. Meanwhile, prepare pastry. Blend together flour, baking powder, and margarine. Stir in beaten egg and ½ cup (125 mL) water. Roll until ½ inch (1 cm) thick. Cover stew with pastry and bake for another 15 minutes.

ENJOY!!  …and see our slide show below. 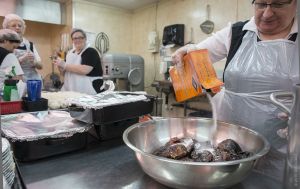 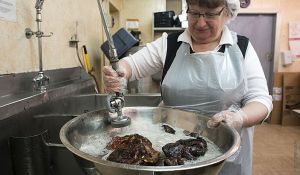 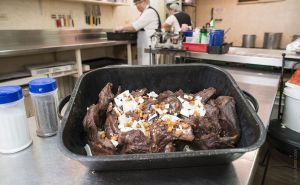 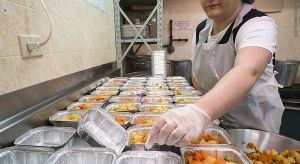 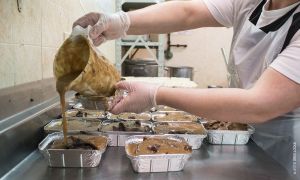 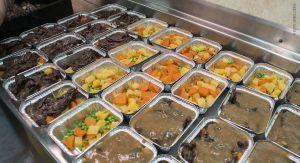 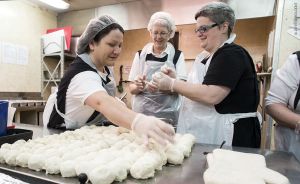 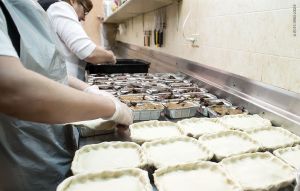 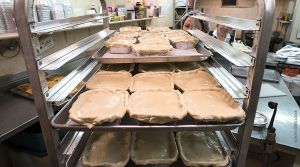