International affairs columnist Jonathan Manthorpe examines the mess that Turkey’s Prime Minister made for himself, and which now threatens his political survival. Excerpt: 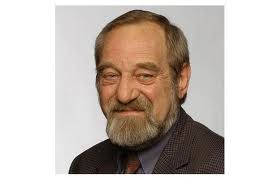 Turkey’s bullish Prime Minister Tayyip Erdogan is locked in a struggle for political survival with a United States-based Muslim cleric, whose followers he helped infiltrate the country’s police, courts, the military, and even his own Justice and Development Party.

Erdogan lost another round today in his increasingly frantic contest with the self-exiled conservative cleric Fethullah Gulen, whose followers in police special investigations units, on December 17, detained 52 people on corruption allegations, including the sons of three cabinet ministers.

In response, Erdogan sacked five Gulenist police commissioners and moved to start removing the cleric’s followers from the judiciary.

At the same time, Erdogan tried to head off the gathering taint of corruption around his administration by firing 10 ministers touched by the investigations or whose loyalty he doubted.

The Prime Minister’s attempts to grab control of the situation are, however, coming up hard against the Gulenists Erdogan helped infiltrate Turkey’s establishment. Erdogan encouraged this infiltration …

Log in to read the column, Turkey’s Prime Minister Erdogan fights for political survival.* (F&O premium works, including our commentary, are available for a $1 site day pass, or with monthly or annual subscriptions. Real journalism has value, and to avoid the conflicts inherent in advertising or soliciting outside funding F&O relies entirely on reader payments to sustain our professional quality.)