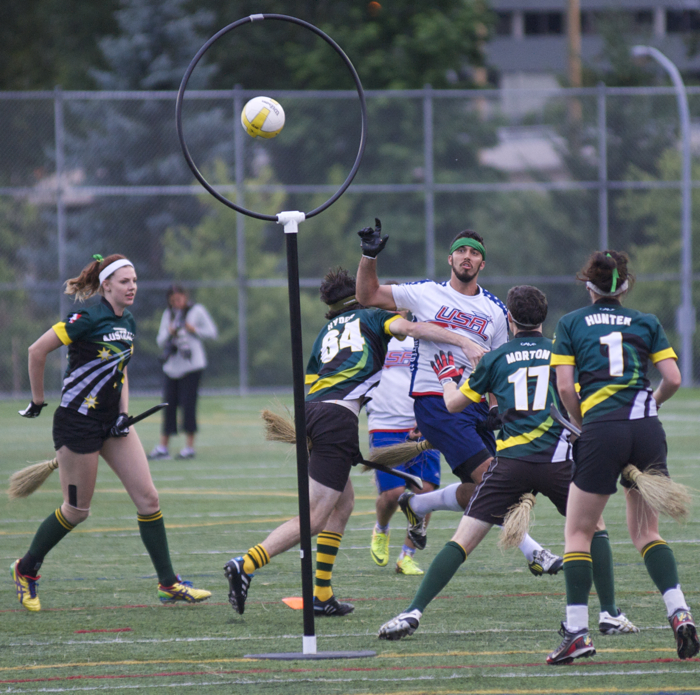 VANCOUVER, Canada — Team USA rode their brooms to beat Australia for the gold in the final match of the Quidditch Global Games July 19 in Burnaby, a suburb of this Western Canadian city. Quidditch, a game invented by author J.K. Rowling in her Harry Potter series of books and films, requires players to hold broomsticks between their legs. Matches are played with three types of balls all at once: one golden snitch, three bludgers and one quaffle. As well as the United States (1st) and Australia (2nd), the games involved Canada (bronze), the United Kingdom (4th), Mexico (5th), France (6th) and Belgium (7th). No wizards revealed their presence, although one child was dressed in a black robe that would not have been out of place at Hogwarts.The Global Games were one of several international Quidditch events held this year.  Quidditch has grown in popularity worldwide, starting mostly on university campuses and recently evolving into an internationally organized sport. Photo copyright Deborah Jones © 2014

This entry was posted in Gyroscope.