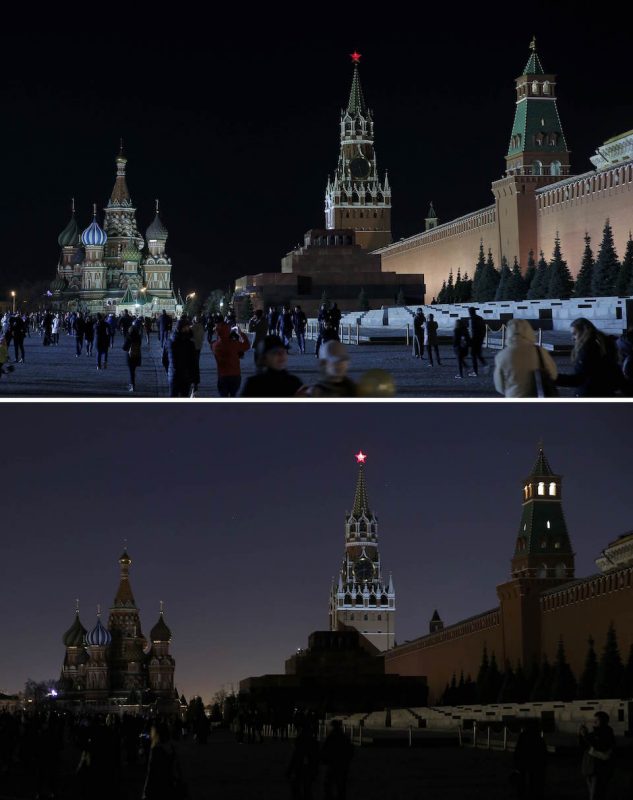 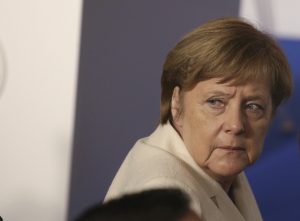 Europeans must contain their squabbling and carping about the EU if the Union is to survive, leaders warned on Saturday as they marked the 60th anniversary of its founding in Rome by signing a formal declaration of unity. Four days before Prime Minister Theresa May, absent from the ceremony in the Italian capital, delivers an unprecedented blow to the bloc’s growth by filing Britain’s formal exit papers, her fellow leaders hailed 60 years of peace and prosperity and pledged to deepen a unity frayed by regional and global crises.

Lights go out around the world for 10th Earth Hour, by wire services, with slideshow

The lights are being switched off around the world at 8:30 p.m. on Saturday evening, to mark the 10th annual Earth Hour, and to draw attention to climate change.

There is a classic John Cleese TV comedy performance, in which as “Basil,” owner/manager of a small British hotel called ‘Fawlty Towers,’ suffers a concussion then mocks German guests by goose-stepping around them, decades after World War II ended. The episode brings to mind today’s Washington, DC.

I recently experienced a moment of cosmic irony.  I had just learned that Andrew Potter, a former editor of the Ottawa Citizen, had “resigned” as head of the Institute for the Study of Canada at McGill University in Montreal, when I received an email from McGill touting that another of their own, Karina Gould, as Canada’s new Minister of Democratic Institutions. How sad that Gould won’t be able to include her alma mater in her new area of expertise.

After all wars, the euphoria of peace quickly gives way to the bleak, forbidding reality of the human and physical toll that must now be rebuilt. Resolution is less simple in the aftermath of civil wars. Civil wars are caused by internal social dislocations of one sort or another, and if those root causes are not addressed, the peace is often just a ceasefire. That’s the conundrum facing Sri Lanka eight years after the 26-year civil war ended in 2009. 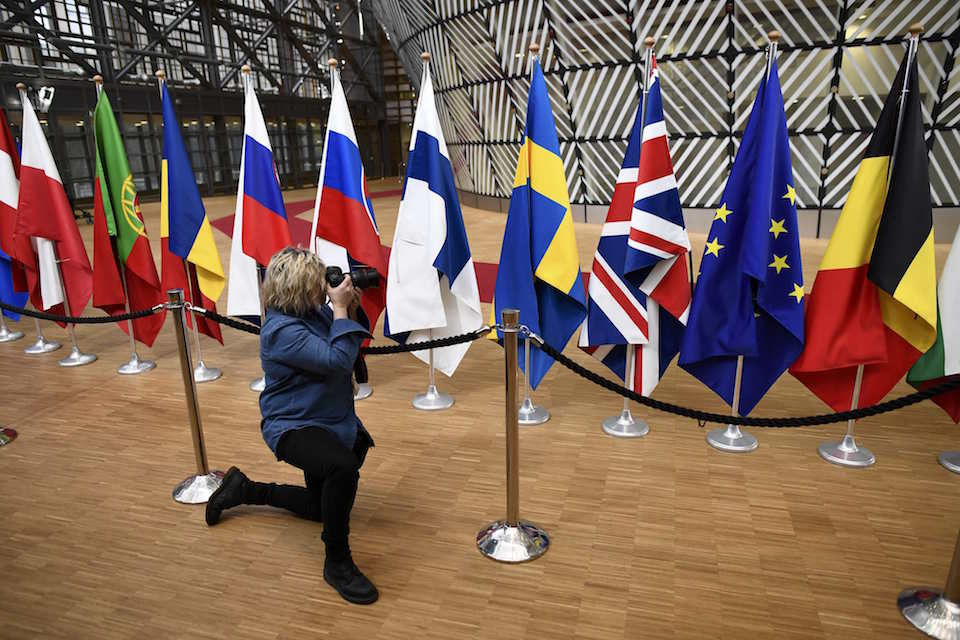 Dutch Prime Minister Mark Rutte, in fighting off a populist challenge from Islamaphobe Geert Wilders, unwittingly gave another demagogue the leg-up he needs to achieve supreme power. The diplomatic face-off between the Netherlands and Turkey was a gift to Turkish President Recep Tayyip Erdogan.

Follow America’s political meltdown at these diverse, authoritative and credible news sites: Reuters, the New York Times, Politico,Washington Post, BBC, The Guardian, Al Jazeera, France24, Financial Times, and The Economist. Consider what many American voters are seeing at Fox News —  but watch with a heaping dose of skeptical salt, and compare Fox coverage to that of the peer-respected, professional and mostly ethical sites listed above.

Terror, shipwreck, guns – 24 hours in a Karachi ambulance, by Samira Shackle, Mosaic. Who would risk their own safety tending to the injured and recovering the dead in one of the most violent cities on earth? Samira Shackle rides along with a driver from the world’s largest voluntary ambulance service.

How the Spanish political laboratory is reconfiguring democracy, by Ramón Andrés Feenstra, Andreu Casero-Ripolles, John Keane and Simon Tormey, The Conversation, part of a series on Democracy Futures. 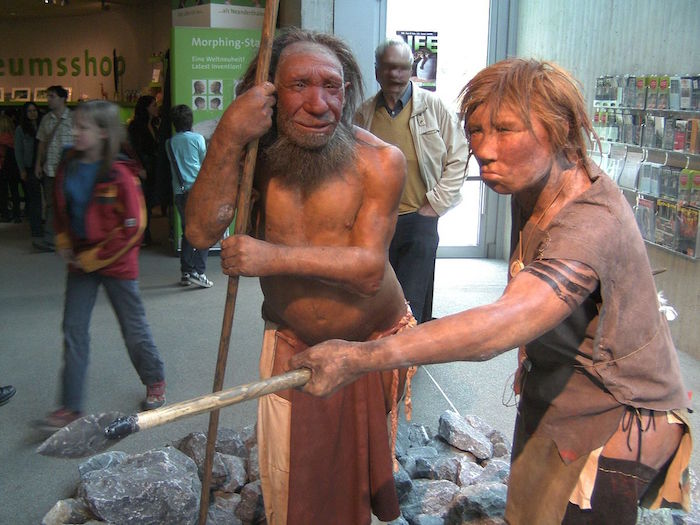 What does it mean to be human? by Gaia Vince   Magazine

By understanding more about our cousins, the prehistoric Neanderthal peoples, we can learn about who we are as a species today. Our ancestors’ experiences shaped us, and they may still hold answers to some of our current health problems, from diabetes to depression.

Agroecology can help fix the food, water and energy challenges that conventional agriculture has created.

Six years have passed since the Fukushima nuclear disaster on March 11, 2011, but Japan is still dealing with its impacts. The Japanese public has lost faith in nuclear safety regulation, and a majority favors phasing out nuclear power. However, Japan’s current energy policy assumes nuclear power will play a role.

Romania has bled out tens of thousands of doctors, nurses, dentists and pharmacists since joining the European Union a decade ago, lured abroad by what the country lacks: significantly higher pay, modern infrastructure and functional healthcare systems. The consequences are dire.

Why Scientists Should Not March on Washington, by Andrea Saltelli   Opinion

America’s scheduled April 22 March for Science, like the Women’s March before it, will confront United States President Donald Trump on his home turf – this time to challenge his stance on climate change and vaccinations, among other controversial scientific issues.

But not everyone who supports scientific research and evidence-based policymaking is on board.

The United States is singularly prone to producing charlatans, messianic faith healers, snake oil merchants, flim-flam artists and all kinds of Pied Pipers who beguile, befuddle and bemuse large numbers of the population. Donald Trump is a representative example of this flaw in the U.S. cultural DNA. But he is not America’s most horrific cult figure:  That crown must go to Rev. James Warren Jones.

Losing a dog can be harder than losing a beloved human, by Frank T. McAndrew

Recently, my wife and I went through one of the more excruciating experiences of our lives – the euthanasia of our beloved dog, Murphy.  When people who have never had a dog see their dog-owning friends mourn the loss of a pet, they probably think it’s all a bit of an overreaction; after all, it’s “just a dog.” Perhaps if people realized just how strong and intense the bond is between people and their dogs, such grief would become more widely accepted.

From F&O’s archives: This weekend, much of the world will “spring forward,” moving our clocks an hour ahead, for Daylight Saving Time. Here’s a piece I wrote about that, at this time last year: Out of Time: Daylight (Saving) Delusions.

Real journalism is not free, and is under threat in an era of “fake news,” “alternative facts,” and funding change. If you appreciate our ethics, professionalism, and quality, please pay at least the modest amount requested at the bottom of each page (details) to enable us to continue. Thank you to our loyal supporters.

In case you missed these recent works:

From Russia with Love, by Tom Regan   Column  (Tom is on break this week; his column will return next week)

The question of the Trump administration’s involvement with Russia, and Russia’s attempts to undermine the 2016 American election, are starting to smell like three-day-old fish left in the sun. The Trump administration had vehemently denied that any member of its team met with any Russian official of any kind. The evidence shows otherwise. Russia is the story that just will not go away.

In these times of seething rage, it is increasingly likely that Britain’s divorce from the European Union will lead to the break-up of the United Kingdom itself. As the parliament in Westminster completes the process of giving Prime Minister, Theresa May, authority to start the process of taking Britain out of the European Union, anger and resentment is intensifying in Scotland and in Northern Ireland.

More than 100 million at risk of starvation, by Umberto Bacchi

The number of people facing severe hunger worldwide has surpassed 100 million and will grow if humanitarian aid is not paired with more support for farmers, a senior United Nations official said.

Where have all the jobs gone?, by Penney Kome,  Column