Will 2017 bring surprises for European integration? by Lionel Page     Analysis

There can be little doubt that this year’s elections in Germany and France may determine the future of the European Union. For nearly a decade now, the EU has been facing unprecedented challenges that comprise an existential threat. But the tide could yet turn.

When Evidence Says No, But Doctors Say Yes, by David Epstein, ProPublica   Report

Years after research contradicts common practices, patients continue to demand them and doctors in the U.S. continue to deliver. The result is an epidemic of unnecessary and unhelpful treatment.

The global financial crisis and its fallout forced four euro zone countries to turn to international lenders. Ireland, Portugal and Cyprus all went through rescues and are back out, their economies growing again. But Greece, the first into a bailout in 2010, has needed three. Rescue funds from the European Union and International Monetary Fund saved Greece from bankruptcy, but the austerity and reform policies the lenders attached as conditions have helped to turn recession into a depression.

Under Trump, Is It Game Over for the Climate Fight? by Bill McKibben  Commentary

Donald Trump’s ascension to the presidency is a stunning blow to hopes for avoiding the worst impacts of global warming. But a broad-based, grassroots movement committed to cutting emissions and promoting clean energy must continue and intensify – the stakes are simply too high to give up.

I Cover Hate. I Didn’t Expect It at My Family’s Jewish Cemetery, by Ariana Tobin  Essay

The American cemetery  Chesed Shel Emeth, where Ariana Tobin’s relatives are buried was vandalized in February 2017. As authorities investigate whether it was a hate crime, she relates it to the project she works on for ProPublica,  “Documenting Hate.”  It’s about confronting the ugliness and comforting the scared, she notes — but it’s also about giving real answers, using actual numbers and telling true stories when our children ask questions like, “What happened to the Jews?” 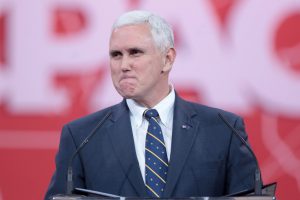 America: One Nation Under Allah/TOM REGAN

The Death of a Businessman, the Philippines’ Drug War/KAREN LEMA & MARTIN PETTY  Report

Thank you for your interest and support. Facts and Opinions relies only on reader payments (to survive we require a minimum of .27 per piece, or $1 for a day site pass). Our boutique journalism is independent, non-partisan and employee-owned, ad-free and spam-free. We do not or solicit donations from partisan organizations or publish “native advertising” fake stories.  Details here, or contribute below. 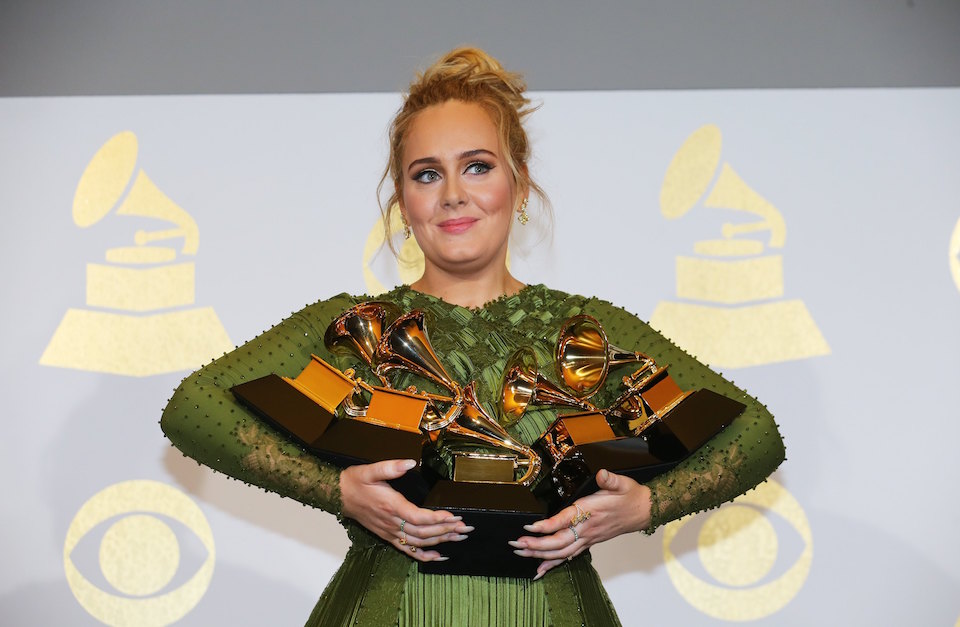 The Death of a Businessman and the Philippines’ Drug War, by Karen Lema and Martin Petty

When Philippines President Rodrigo Duterte summoned his security chiefs to an urgent meeting one Sunday night last month, his mind was already made up. His military and law enforcement heads had no idea what was coming: a suspension of the police force’s leading role in his signature campaign, a merciless war on illegal drugs.

Adele won the top three Grammy awards on Sunday, taking home the statuettes for album, record and song of the year in a shock victory over Beyonce.

Media literacy in a post-fact age, by Penney Kome  Column

Like many Canadians who had hoped that Prime Minister Justin Trudeau would follow through on his campaign promise to reform the voting system in Canada, I found myself deeply disappointed by his sudden announcement, that he had abandoned plans for reform and was sticking with the first-past-the-post system. He was not wrong, however, in saying that proportional representation was the wrong system for Canada.

The terrifying mathematics of the Anthropocene, by Owen Gaffney and Will Steffen  Expert Witness

Powerful rhetoric is used to describe the Anthropocene and current human impact. As The Economist stated in 2011, humanity has “become a force of nature reshaping the planet on a geological scale”. We are like an asteroid strike. We have the impact of an ice age. But what does this really mean?

In Case You Missed Them:

F&O aims to provide “boutique” journalism — explanatory, contextual, thoughtful — and a break from the frenzy of the internet. But the speed and complexity of breaking news globally has become overwhelming — even as informed citizenship has never been more critical. Here’s a suggestion for coping: avoid obsessing over distressing news, but do devote at least half an hour daily to a diverse range of quality sites that cover breaking news stories.  Support those sites by subscribing or donating, so they’ll be around when we need them. Some suggestions:

American politics remain the world’s biggest, most important issue. Here are some of the many  good outlets that provide  ethical, professional reporting of breaking news out of Washington: ProPublica; New York Times; Washington Post; Politico. For a broader perspective leave Washington — and the angry bubbles of America — for a daily scan of the global wire services: Reuters,  Associated Press and Agence France-Presse. A healthy media diet includes global outlets. Some examples are the South China Morning Post; BBC; Der Spiegel International; Al Jazeera and the Financial Times.

Findings from the Internet:

Paul Kennedy of the CBC interviews Wolfgang Streeck, director of the Max Planck Institute for the Study of Societies in Cologne, Germany, and author of a new book about the end of capitalism.   Go to CBC Radio’s Ideas program, here, or listen below:

How Will Capitalism End? The provocative political thinker asks if it will be with a bang or a whimper

After years of ill health, capitalism is now in a critical condition. Growth has given way to stagnation; inequality is leading to instability; and confidence in the money economy has all but evaporated.

In How Will Capitalism End?, the acclaimed analyst of contemporary politics and economics Wolfgang Streeck argues that the world is about to change. The marriage between democracy and capitalism, ill-suited partners brought together in the shadow of World War Two, is coming to an end. The regulatory institutions that once restrained the financial sector’s excesses have collapsed and, after the final victory of capitalism at the end of the Cold War, there is no political agency capable of rolling back the liberalization of the markets.

Ours has become a world defined by declining growth, oligarchic rule, a shrinking public sphere, institutional corruption and international anarchy, and no cure to these ills is at hand.

Last but not least, Canadian Prime Minister Justin Trudeau travels to Washington early Monday morning to meet American President Donald Trump. The relationship between the two countries remains one of the world’s most important in terms of trade and security, and is currently one of the most world’s fraught. You may be interested in this documentary, by Canada’s National Film Board, on the relationship between the two country’s leaders.
In Bed with an Elephant (59 minutes, 1986):

In Bed with an Elephant, Kent Martin, provided by the National Film Board of Canada

Reader-Supported Facts and Opinions is employee-owned and ad-free. We survive on an honour system. Thanks for your interest — and support. Details. 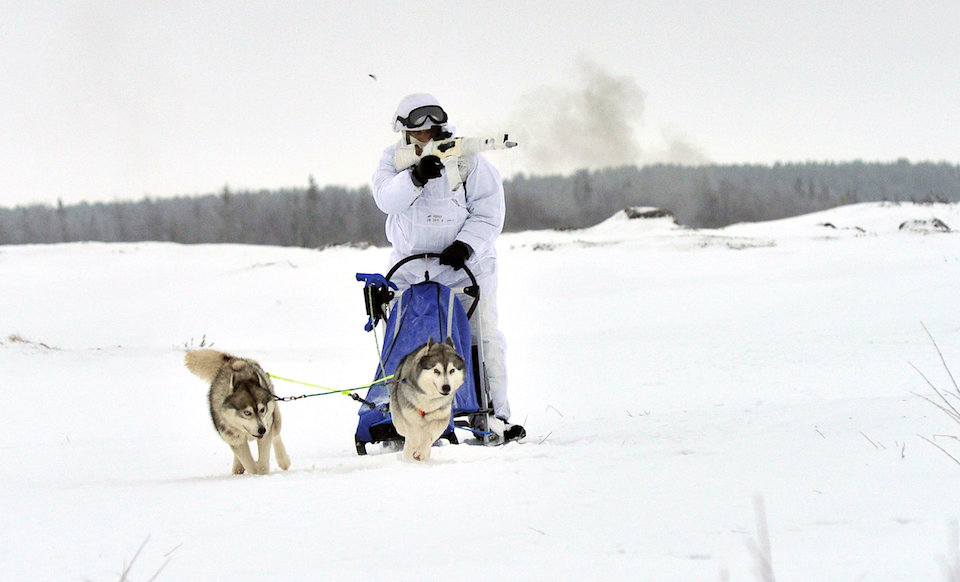 Russia’s Military Buildup Focuses on Arctic. Above, a Russian serviceman of the Northern Fleet’s Arctic mechanised infantry brigade participates in a military drill on riding reindeer and dog sleds near the settlement of Lovozero outside Murmansk, Russia January 23, 2017. Picture taken January 23, 2017. Lev Fedoseyev/Ministry of Defence of the Russian Federation/Handout via REUTERS

The definition of a black swan event —  impossible to predict yet with catastrophic ramifications — perfectly describes the rise of Donald Trump, from clown celebrity to the most powerful man in the world. And in that, there is hope.

Somewhere on the planet, right now, there is a bacterial species quietly accumulating the genes that will turn it into the next superbug. There is still time to tackle antibiotic resistance.

Russia is again on the march in the Arctic and building new nuclear icebreakers. It is part of a push to firm Moscow’s hand in the High North as it vies for dominance with traditional rivals Canada, the United States, and Norway as well as newcomer China.

Findings: items we found interesting elsewhere on the internet:

A ‘Resistance’ Stands Against Trump. But What Will It Stand For?, by Beverly Gage, the New York Times Magazine. Excerpt:

Resistance evokes the struggle against totalitarianism, conveying personal defiance and official powerlessness at the same time. So what does it mean to apply that word in an ostensibly democratic system? If you’ve lost at the ballot box but aren’t seeking full-blown revolution, what are the most useful forms of political action? If “yes” seems impossible but “no” seems insufficient, what fills the space between?

“Soon after the Second World War, some of America’s richest people began setting up a network of thinktanks to promote their interests. These purport to offer dispassionate opinions on public affairs. But they are more like corporate lobbyists, working on behalf of those who founded and fund them. These are the organisations now running much of the Trump administration. … We have no hope of understanding what is coming until we understand how the dark money network operates.

Press freedom in Canada faces threats from the state that are every bit as severe as those in the United States.